Writing for Kids and Teens: Overdone Themes that Can Still Be Published 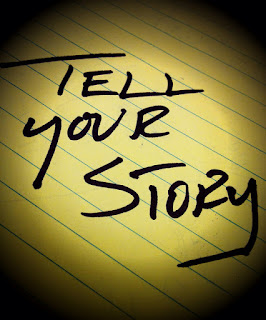 Recently, our beloved blogger, Beth Harar, wrote a post titled, "Putting a Twist on a Classic," which made me think of overdone themes, which I've discussed with my novel-writing students and writers at conferences before: What do you do if the children’s or YA book you’re writing contains an already overdone theme or plot? Some people would tell you to scrap it. But as Beth pointed out in her post, there are very few, if any, stories that have never been written. For example, if you Google “kids’ books on divorce, bullying or drugs,” you’re sure to come up with hundreds of choices already published. But what if this book you’re working on is the one in your heart? What if you can’t let it go? Then you should definitely write it!

If you hope to get it published, then you need to make it original and reader-worthy somehow. For example, if you write a book about a teen addicted to drugs, your book has to stand up against the already popular and beautifully written (and often banned) books by Ellen Hopkins—Crank and Glass. How do you do this? Writing about a girl going through puberty? You are joining Judy Blume. But I think you can do it, as long as you're aware of your competition and market.

The best way is with hard work—writing the best prose you can and a character that people cannot stop reading about. A few years back, I took part in a blog tour for the book, Divorce Girl, by Carryn Mirriam-Goldberg. At first, I was skeptical. I didn’t need to read another book about dealing with a parents’ divorce for teens. But I was hooked from the first page, and it became one of the best books I read that year. Why?

The author wrote the book well—it’s a work of art. She crafted sentences like an expert and built her plot and character flawlessly. She didn’t set out to just tell the story of a girl, Deborah, whose parents are getting a divorce and how it’s awful for her. She set out to tell the story of Deborah, and in the meantime, that girl’s story included the fact that her parents divorce.

That’s the key—I learned this when I wrote Finding My Place: One Girl’s Strength at Vicksburg, my first stab at historical fiction, set during the Civil War—a subject that’s been written about many times. In the beginning, I focused on the Siege of Vicksburg and plopped my character down in the middle of the battle, instead of writing about my character—her hopes, dreams, and struggles—inside the setting of the Civil War. Once I stopped focusing on trying to write a book about the Siege of Vicksburg and wrote a book about 13-year-old Anna Green, I received a publishing contract.

Take the subject of bullying. We need books about this topic because the problem is worse than ever. What children and teens need to read about is a character who is being bullied—but that’s not the only part of the story. Debbie Manber Kupfer manages to do this in her book, P.A.W.S. Miri, a teenager at a boarding school, is bullied and miserable until she realizes that she can change into a cat. Then she’s taken into a world with animagi, werewolves, and shapeshifters, where there’s danger and new lessons to learn. Debbie puts bullying in her book, but her story focuses on a fun and sometimes dangerous, fantastical plot.

Very few kids will stand in line and anxiously await the next big book on self-esteem or neglect. But they will come out in droves for Harry Potter, which contains these themes in an original and entertaining way.

Don’t focus on the “issue” you want kids and teens to learn from your book, or you feel compelled to write about. Focus on your characters and plot; write the best sentences, dialogue, and description you can; and then send it out into the world. That book has not been overdone a hundred times, and it’s sure to touch children and teens who read it.