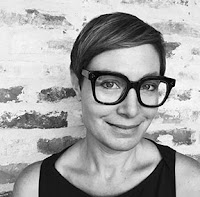 Shelley Wood is a medical journalist and aspiring fiction writer. Her work has appeared or is forthcoming in the Antigonish Review, Room, the Nashwaak Review, the New Quarterly, carte blanche, F(r)iction, the Cobalt Review, and Bath Flash Fiction. In 2016, she won the Tethered by Letters F(r)iction contest and the Frank McCourt prize for Creative Nonfiction. She divides her time between a job in New York City, and a man and dog in Kelowna, Canada. Find her at shelleywood.ca and on Twitter as @shelleywood2.

WOW: Congratulations on your top ten win in our Summer 2016 Flash Fiction competition! What inspired you to enter the contest?

Shelley: I read a blog post listing some of the best flash fiction contests and WOW was one of them so I thought I’d give it a whirl. I’ve only really started paying attention to flash fiction in the past year and I love the challenge of telling a small, surprising, story in so few words. I’m a terrible poet, but I like to think flash fiction is helping me get closer. Also, any spare time I’ve had for fiction-writing these days has gone into a new draft of my novel-in-progress, which feels so sprawling and unwieldy. It was a real pleasure to take a break and work on something tiny and tight.

WOW: Can you tell us what encouraged the idea behind your story Mourners at the Grave of the Other Dr. Johansen?

Shelley: I attended the funeral and reception for a friend’s father earlier in the year, which was moving and sad. At the end of the evening some of us stood around swapping quirky memories about funerals and loved ones we’ve had to say goodbye to, the kind of thing you do to raise the spirits of those grieving—everyone standing around laughing softly and wiping at their eyes. My friend told the story of his late father attending a funeral years earlier of a man with the same name. It made me want to write something that captured the same mix of sorrow, loneliness, introspection, and zany coincidence. The looming WOW deadline was impetus to try.

WOW: What key elements do you think make a great piece of flash fiction?

Shelley: The best flash fiction I’ve read includes minimal shifts of scene, an absolutely consistent voice, and ideally a single pivotal character. I’ve had three flash fiction stories published and what I’ve realized is that all three are character studies that twist abruptly at the end, ideally bringing the reader back to some element of the story she’d passed over earlier without realizing how much that detail mattered.

Also, I’m a sucker for really precise language that can capture a gesture or a scene in as few words as possible and make it seem sharp and simple. Done poorly, this just looks verbose and showy, but when I see it done well, it’s like a compact, sparkling jewel.

WOW: So what’s it like dividing your time between New York City and Canada? You must have favorite things about each place.

Shelley: It is amazing—I’m lucky to have the job I do—although it makes for a lot of to-and-fro across the continent. I love the big-city feel of New York, walking through busy streets to get to my office in a part of town where I couldn’t afford rent if I actually lived there full-time. The energy and rush of the city, the diversity, the food and theatre, the layers and layers of life: it’s amazing.

In Canada, I live in a small-ish city in the interior of British Columbia with mountains and a lake, and most important, my husband and dog. As much as I love running the reservoir in Central Park, I’ll take a rocky trail in the Coastal mountains any day of the week.

WOW: Thanks so much for chatting with us today, Shelley. Before you go, can you share a favorite writing tip or piece of advice?

Shelley: Read writing tips and advice! Every time I read those “Top 10 Tips from Successful Writers” I realize everyone struggles with the same problems and the same crushing self-doubt. The ones who succeed push all that aside, put their heads down, and work hard to get better.

Our Winter Flash Fiction Contest is OPEN
For details and entry, visit our contest page.
Marcia Peterson at 1:30 AM
Share