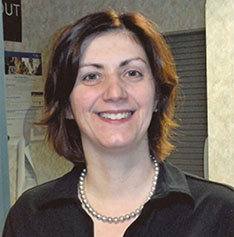 Dr. Jennifer (“J.L.”) Delozier submitted her first short story, handwritten in pencil on lined school paper, to Isaac Asimov’s magazine while still in junior high school. Several years later, she took a creative writing elective at Penn State University and was hooked. She received her BS and MD degrees in a compact six years, which was followed by the blur of internship, residency, and the launch of her medical career. But she never forgot her first love. When she decided to delve into longer fiction, she spent some time rediscovering her favorite physician writers. From the deductive reasoning of Sir Arthur Conan Doyle to the cutting edge science of Michael Crichton, she remains inspired by facts that lie on the edge of reality: bizarre medical anomalies, new genetic discoveries and so on. These are the foundation of her debut thriller, Type and Cross. Published April, 2016, it is available in print and on Kindle anywhere books are sold.

Dr. Delozier lives in Pennsylvania with her husband and four rescue cats. You can find her on Goodreads, her website www.jldelozier.com or on social media: Twitter.com/jldelozier and Facebook.com/jldeloziermd.

Read Jennifer's winning entry and then come back here to learn more about where she gets her ideas and tips for attending a writing conference!

WOW: "Justin's Room" is a chilling tale with a twist ending. How did you get the idea for this particular story?

Jennifer: All my ideas tend to arise from something I overhear and can't get out of my head. Justin's Room started when I overhead two people discussing a recently released book - I have no idea what book - which opens with a close-up view of someone sitting at a table calmly eating breakfast. As the scene develops, the reader becomes aware that this character is not in his own house and has, in fact, murdered all the occupants. I immediately thought to myself, "I need to use something like that." It's such a powerful image, I knew it would have even more impact in a shorter work, without a bunch of other concepts to dilute the punch in the gut. After all, "A novel is a war, but a short story is a landmine." That image just blows your legs off.

WOW: I love that analogy! Perfect. You mentioned you were a fan of Michael Crichton. What's your favorite novel by him and why?

Jennifer: The toughest question BY FAR. You may as well have asked me to pick my favorite pet. I can narrow it down to three. The Andromeda Strain, Sphere, and Jurassic Park. Why those? Hard for me to say. I thought the first was a brilliant debut. For the second, I loved the combo of sci-fi, mysticism and psychological thriller. And as for Jurassic Park, it had that magical quality, like the first Harry Potter. It took a dry scientific concept, explained it easily (cloning recovered DNA was a fresh idea then) and took it on a wild ride, all the way from "wow, gee wiz" to "holy shit, we're in trouble." I love the idea of taking real science and bending it to the extremes.

WOW: Having attended ThrillerFest this past summer, can you give our readers some tips on how to get the most out of writing conferences?

Jennifer: ThrillerFest was my first conference, so I'm hardly the one to be giving advice here. My best attempt - plan your schedule in advance. You can't attend every lecture, and many of the conference rooms fill up fast, so make sure you know where you want to go and what time you need to be there. On a lighter note, consider dressing better than I did. No ball gowns or anything, but it's nice to be prepared for possible photo ops with your heroes. I'm used to medical conferences, where I'd roll out of bed and stumble to the conference room in sweats. I learned after day one I wouldn't want to see Twitter posts of me and, say Lee Child, in which he looks like the dashing British gent he is, and I look like a frump.

WOW: You work as a federal physician. Can you tell us a bit about what sounds like a fascinating field?

Jennifer: When I first read this question, I thought it said a "feral" physician, which would have been much more interesting! I take care of Veterans at our local VA clinic, but I also participate in DEMPS - the disaster emergency medical personnel system, whereby I get deployed to federal medical shelters during large enough events ("large enough" means the President, not just the state governor, has declared a state of emergency and the local/state resources can't handle the scope of the situation). If you want to know what it's like, I'd encourage you to read my second book, Storm Shelter, which, though fiction, is loosely based on my previous deployments. Unfortunately, you'll have to wait about a year - I just turned the manuscript into my editor a few weeks ago!

WOW: We'd love to hear about your novel, TYPE AND CROSS, which was published this past spring, as well as the upcoming STORM SHELTER. Could you give us a synopsis and tell us a bit about your path to publication?

Jennifer: Here's a blurb for Type and Cross. I wanted it to appear on the cover, but alas - it didn't. I think my editor found it too cheesy!

A homemade virus with deadly global implications.
A disgruntled scientist with a coded plan.
And a nightmare-plagued, tequila-swilling psychologist-for-hire tasked with finding him before he succeeds.
Dr. Persephone Smith is gifted with enhanced empathy—the ability to get inside the heads of those criminals too twisted for other psychologists to unravel. But her success comes with a steep price. Scarred from too many descents into the dark minds of her subjects, Seph has lost her faith in God and Man. She lives only for her work—and for her sister, Grace.
When a bioterrorist triggers a pandemic, the government assigns Seph and a crack team of scientists to hunt him down and force him to divulge the cure. Dr. William Baine turns out to be easy to find but hard to hold, and Seph soon discovers he has a genetic secret of his own—a secret which holds the key to both his coded journal and the formula for the cure. His special abilities are a perfect foil to her own, and, as their psychological bond deepens, he leads her on a cat-and-mouse chase around the world, from the smoky tobacco shops of Bermuda to the underground tunnels of Geneva. There, with the pandemic threatening to exterminate most of humanity, Seph must confront her fears and use her empathetic connection to a killer to save the world, her sister and, ultimately, herself.
What’s your type? Your survival depends on it.

Storm Shelter is actually a prequel and is set ten years prior to Type and Cross, when Seph is still a green clinical psychologist taking care of patients at the Philadelphia VA. Here's an excerpt from my query: "When Seph is deployed to an abandoned air hangar turned federal medical shelter during a massive hurricane, her worst nightmares come true. One by one, as the wind howls overhead, staff and evacuees disappear into the dark recesses of the vast space. The missing return as mutilated corpses. The living, trapped in the shrieking metal structure by the storm, descend into varying levels of paranoia and even madness. Seph must become both counselor and detective to determine who, or what, is calling them prey. Is the panic and mayhem just “shelter shock,” as the head physician, Anne Parrish, insists? Or is everyone, Seph included, in danger of losing their minds—and their lives?" It has a lot more horror in it than Type and Cross did. It also has a limited, claustrophobic setting, as opposed to the global scope of Type and Cross. It's more Stephen King than Michael Crichton.

As far as my path to publication, I've floundered around like a true newbie and done everything "wrong" according to the rules, but so far, it's worked out ok! I had no social media platform to speak of until I started querying for Type and Cross. I built them as I was awaiting responses to my queries. My first mistake: I queried both agents and four or five small presses simultaneously. I later learned this is considered poor practice, but I had no idea of that at the time. I got several full requests from both agents and two of the small presses. While all the agents ultimately passed, both small presses offered me a contract. Then I had the difficult situation of choosing! I ultimately went with WiDo for many reasons, but the primary one is that they've been in existence for almost a decade, which is an eternity for a small press (since many of them fold so quickly.) They have the right of first refusal on Storm Shelter, and I'm hoping they'll like it enough to publish it.

I still desperately want an agent to be my partner on what I hope will be a long career, but my current plan is to write a third and final Persephone Smith book and then branch out with something new (I have a list of 28 undeveloped ideas) at which point I'll query again. For now, I'm taking a bit of a break and working on more short stories. I've submitted two and am awaiting responses (Alfred Hitchcock and Ellery Queen magazines - fingers crossed!) I also expanded Justin's Room to a longer length more appropriate for a print magazine. Wish me luck!

WOW: Best of luck, of course! You're determination and enthusiasm to the craft are a great inspiration for us all.