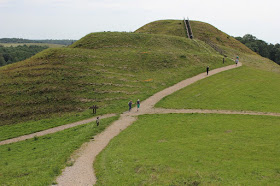 Last weekend, I spoke at a writers’ conference in Cape Girardeau, Missouri sponsored by the All Write Now! chapter of the Missouri Writer’s Guild. At lunch, we discussed flash fiction, science fiction novels, self-publishing and more.

Eventually, someone asked me why I don’t belong to the Missouri Writers Guild.

Early in my writing career, I sampled several chapters of the Missouri Writer’s Guild. I quickly discovered that the majority of their members were interested in self-publishing. That would have been okay if they were also working to perfect their craft or learn how to build a platform. But that wasn’t the feeling I got. Again and again, they asked about self-publishing -- how to do it quickly and affordably and how much money you could make. It didn’t seem to matter what they were writing or who the audience might be. Self-publishing, to their way of thinking, was the only way to go.

Most of them wrote for adults and I was already focused on writing for children. That meant that there wasn’t even an overlap in terms of audience. Besides, I was already a member of the Society of Children’s Book Writers and Illustrators. Why pay two sets of dues when only one organization felt like a good fit?

I was a little nervous about sharing this because sitting next to me was Liz Schulte who gave the presentation “Taking Control through Self-Publishing.” Liz didn’t even bat an eye. Instead, she asked what I wrote. We discussed my ABDO books -- Ancient Maya, Trench Warfare, The Bombing of Pearl Harbor, and Black Lives Matter.

“Your books are a perfect match for an educational publisher, but if you self-published, you’d lose the school and library sales.” Liz may be the first person I’ve ever met who self-publishes but doesn’t see it as the one and only way to publish. She sees it as a good fit for some topics and a bad fit for others.

Throughout your writing career, you are going to have to make choices. These include:


As you try to decide, remember that you are only choosing what is right for you right now. You might want to make different choices later on as your interests change or new markets open up.

Just because I only belonged to one organization early in my career doesn’t mean that that can’t change. Most of my work is educational so traditional publishing makes sense. That said, if I come up with a topic that suits a well-defined niche, perhaps something for my fellow-writers, I may choose to self-publish.

The high road. The low road. The road in the middle. There’s more than one road that leads to publication. The key is to choose the one that leads there from where you are today.