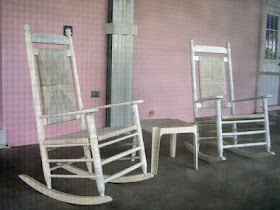 Dialogue can make or break a novel, short story, novella or flash fiction piece. There is nothing more cringe worthy than reading stilted dialogue or conversations that are mundane and everyday. Here are 5 tips to make your dialogue work for the story and your characters.

1. Dialogue must move the story forward.

You can get rid of all the greetings (Hi, how are you?/I'm fine.) unless they are crucial to your plot. Readers assume that characters will greet each other, but they don't need to read about it. You can always do something like: After Sarah said hello, she got to the point. "Where were you last night?" All conversations need to move the story forward. There needs to be a reason why these two characters are talking to each other. Sometimes, it's because the characters have to work something out. Other times, it's because you need the reader to know certain information, and the best way to do that is in dialogue. You know your reason--just have one, and leave out the niceties. You don't need those!

Writing fiction is hard. One thing we all struggle with is how to describe our characters WITHOUT telling our readers everything about them. We've all heard "show, don't tell" a million times. Dialogue is one way to show readers about your character. For example, let's say your character has a terrible temper and is quick to anger. In a conversation with his mother, you can show how his mom makes him angry, and he spouts off awful things to her. Showing this to your reader is much more effective than telling them: he has a terrible temper. You can also do character description in conversations. For example, one of your characters says to the other: "Why did you cut your long, red, curly hair into a straight bob? What were you thinking?"

3. Watch out for the extra words in your dialogue.

In real life, people are full of um, well, just, even, and like. But on the page, you don't need to put these unless the extra words are a character trait you're trying to reveal (see number 2 above). Some of us get into a bad habit of starting several lines of dialogue with "well" or "um". Watch out for this if it is not something you're doing on purpose. Also, in a conversation with two people, very seldom do you have to say the person's name. Every line of dialogue should not have the character's name in it. Example:

If George and Emily are the only two in the conversation, we know they are talking to each other--we don't need the names. It sounds stilted.

You don't have to try to spell an English or U.S. Southern or Cajun accent phonetically. It can be hard for readers to decipher accents or dialect when they are "spelled out". But what you can do is sprinkle some Southern vocabulary in there, for example: "Hey y'all, I'm wonderin' what we're gonna do tonight?" You can even add a dialogue tag, such as: she said with a strong Southern accent. When you research your character, find some specific vocabulary someone from New Orleans would use as opposed to someone from L.A. or Sweden or Paris, France. Research will show vocabulary special to the place your character is from. For example: I will ring my solictor. or I will call my lawyer.

People use contractions. The only reason why your characters should not be using contractions is it's a character trait. Maybe every once in a while, someone in your story wants to stress he did NOT , so you would use that instead of didn't. But otherwise, use contractions. Read the lines of conversation out loud. Do they sound good to the ear?  Contractions help with this.

Dialogue is extremely important to the overall fiction work. Take some time and make yours shine!

Margo L. Dill is a writing coach, WOW! novel instructor, and published author of three books for kids and teens. Find out more at: http://www.editor-911.com .