This morning a friend sent me a hilarious video of the SNL Sketch “Santa Baby” to put me in the holiday spirit. She knows how much I love Ryan Gosling!

In it, Ryan and his wife attend a holiday party and the host mentions to his son that Santa is upstairs and may make an appearance later. Ryan, an adult man who somehow still believes in Santa, gets a little crazy when the host says that they aren’t going to meet the real Santa, as you’ll see in the video below (feedburner email readers, click on the link above).

All kidding aside (and now that I have your attention!), this video reminded me of a very important quality, and one that Christmas was built on, and really, many holidays in general: BELIEF

Not belief in Santa Claus, but belief in something bigger and most of all, in ourselves. 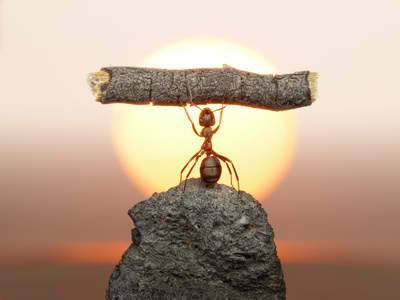 Struggles and Believing in Yourself Again

As I sit here with my family and friends on this holiday, I’m thinking about all the struggles I’ve been through this past year and how grateful I am that belief got me through it.

My husband lost his job over a year ago. He was a talented marketing director and clothing designer, but at age forty-seven, every job he interviewed with said he was “overqualified”—meaning they couldn’t afford him and were looking for someone younger. As a last resort, he even applied to jobs that paid a little above minimum wage without any luck.

I made some changes just to get by. As much as it pained me, I slowed down the WOW e-zine’s publishing schedule because I couldn’t afford to pay for lengthy content on a consistent basis that also needed to be edited, graphically designed, and coded into the site. My plans for the new mobile interactive WOW community site were put on the back burner. I took up freelance writing gigs, blogging, marketing, and graphic design jobs. I taught myself how to code and design websites. Admittedly, I also took out a few credit cards...

Then one day I sat down with my husband and asked him what he really wanted to do if money weren’t an issue. He said he wanted to open a local nonprofit business to help cancer patients. He’d worked in this area before and was a caregiver to his mother who had several types of cancer for many years before she passed away, and it made him feel like he was doing something real and good in the world. 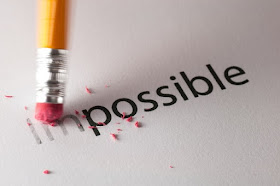 And from that moment forward, it was a series of small steps that moved us towards our goal. It seemed impossible, but we found the perfect business space a week later, and an investor a week after that. We signed a lease, began construction, and opened up a month later. It’s been around six months now and we’re going strong. Don’t get me wrong; we’ve had numerous setbacks—including a change of partners and a break-in—but it was our belief that got us through.

Believing in Yourself as a Writer

One of the biggest differences I’ve noticed in successful writers and those that haven’t had much success or give up isn’t talent or opportunities. It’s the belief that they can achieve their goals.

Without belief in yourself, there is self-doubt, uncertainty, fear, and ultimately failure. This is the number one thing that holds many writers back, and I admit it has held me back in the past. We compare our work to others and lose belief in our own work. We give up before we reach the finish line because we can’t turn off our inner editor or are afraid of failure. The thing is, you have to have belief and keep working. When you have belief, you trust that all your hard work will pay off.

For example, in 2002, Markus Zusak began to write a book.

He started by outlining the beginning and end of the story. Then he listed pages and pages of chapter headings—some that eventually made it into the final book, and some that were cut.

He began writing the story from the perspective of Death. He wasn’t happy with it.

He re-wrote the book through the perspective of the main character. It didn’t come out the way he wanted.

He tried writing it from an outsider’s perspective, then in the present tense, and then the past tense. Nothing seemed to flow.

Zusak rewrote the first part of the book 200 times. And that 200th time he went back to his original choice and wrote it from the perspective of Death. And this time, it felt right.

When it was all said and done it had taken Zusak three years to write The Book Thief.

And we all know how that story ends: New York Times best seller for over 230 weeks; 8-million copies sold; translated into 40 languages; movie option for a major motion picture.

When the book was released, Zusak said, “In three years, I must have failed over a thousand times, but each failure brought me closer to what I needed to write, and for that, I’m grateful.”

He didn’t give up when he failed. He maintained belief in himself as a writer and trusted that his hard work would pay off.

How can you apply this to your life right now?

It doesn’t take a major life struggle like I went through to force belief in yourself. Instead, you can put into practice a few things that will make it come naturally:

Stick to a consistent schedule: if you waste time trying to decide when or where to work, you’ll end up not working at all.

Some of the most successful writers had a daily routine:

- Haruki Murakami wakes up at 4 am, writes for five hours, and then goes for a run.

- Maya Angelou rented a hotel room and went there every morning at 6:30 am and wrote until 2 pm, went home and edited.

What can you do? Whether it’s fifteen minutes or a few hours, try to stick to a consistent schedule for one week. Just one week! See if that works and go from there. Trust me, you’ll feel different after week one.

Don’t be afraid to write garbage: every idea isn’t a masterpiece...we have to get all the mediocre ideas out of the way to get to the good stuff. Everything doesn’t have to be perfect. 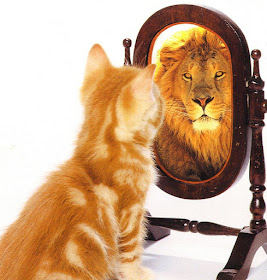 Give yourself some small wins: when you need build confidence, set small goals that are easily obtainable. Whether it’s a publication that may be lower paying but you know they’ll accept your work or a guest post or blogging twice a week. This is a small win that you can celebrate.

Find someone to hold you accountable: I wouldn’t have written this post today if our blog manager, Marcia Peterson, hadn’t assigned it to me. Thanks Marcia for always keeping me in line! I think we all hold each other accountable here in the WOW community, and I love that we can be in this environment and grow together as writers.

Affirmations: replace negative thoughts and self-doubt with a positive statement. Keep it in the present tense and say it out loud. “I am a great writer! Today I let go and let it flow onto the page!”

If I have a wish for you this magical holiday, it’s to believe in yourself.