How to write an anti-hero: What I learned from John Wick 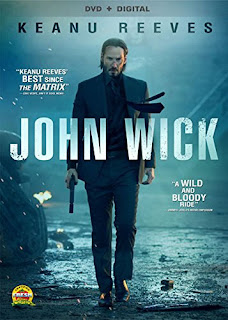 I have two confessions to make.


When my son told me he’d requested this on my card, I popped over to see what it was about. The first line I read was “I don’t remember seeing this listed in theaters so it must have had a short run. It is unremittingly violent.”

Hmm. Not a great sales pitch, but if my son was going to check it out, I was going to watch it with him. Then we’d have a talk. (He’s 16 so I don’t PG much anymore but he’s not beyond the occasional lecture.)

And the reviewer was right. The bodies stack up. When a group of baddies break into his home to “teach him a lesson,” he kills all twelve of them. But by then I was cheering him on because I’d gotten to know a bit about him and seen his humanity.

That, my writer friends, is the key to writing a successful anti-hero. Before we see him being all surly and, in this case, deadly, we need to care about him. What is it that will tug at our hearts and make us cheer him on?

If you haven’t seen this movie yet but plan to see it, you might want to wait to finish reading this. Translation: Spoiler Alert.

Before we see John Wick off a large number of Russian Mafia-types, we see him at the beach with his wife. We see her collapse in his arms. We see him at her bedside when she dies. We are there for the funeral and when he gets the puppy that she has sent to him so that he still has something to love.

When all of this happens, we have only one clue about who he used to be. One shot shows the tattoos on his back. If you know ink, something about them will make you think “Russian mafia.” That is the only clue you have that he may be something other than a loving husband.

If you want to write an anti-hero, get the reader on his side from the start. Give a clue or two that there is something dark, that way the reader isn't entirely surprised. But if you can win this reader over first, she will be rooting for him even as you reveal who he is.