The Courage to Be Who You Are 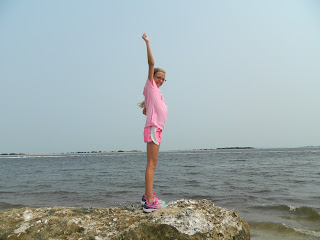 This past week, I ventured out on a Monday night to go to a concert. As I get older, I hesitate to do that unless it’s a weekend, but I decided to go for it. (I did have to brew an extra pot of coffee the next day.) A musician I greatly admire was the opening act, and I had no idea when he would come through the area again. He did not disappoint, and we decided to stay on and watch some of the next set, which was a singer I had heard of vaguely named Brett Dennen.

When the red-headed folk singer Dennen, with his signature Buddy Holly-esque glasses first walked onstage, my first thought was, “Wow, that guy is really tall!” Once he started playing though, I forgot about everything else. His lyrics were moving, insightful, and his guitar playing was right on the mark. I kept thinking he could easily have been transplanted back to the late 1960s, alongside the likes of John Denver or Bob Dylan.

As I marveled at his talent and stage presence, another thought hit me. Here was an immensely talented musician who did not fit the standard mold of what some think a “musician” should look like. I worry about this with my own two kids, who are generally not interested in playing a sport every season but feel constantly pressured to live up to their peers. My daughter throws her hair in a ponytail, likes her glasses because they make her look “smart,” and checks out every book in the library she can find on infectious diseases. She seems perfectly content, and I hope she always stays that way. My son excels in school but struggles a little more with trying to figure out what he needs to focus his time on.

I wished he could have been sitting with me that night, so he could see firsthand what the courage to be who you are can get you. It can get you contentment, joy, and the recognition to embrace the life you’ve been given. Courage is something I lack as a writer—I’ll be the first to admit it. I worry that I’m not talented enough, that my work isn’t polished to perfection, that my stories won’t resonate with enough people. And lately this has prevented me from working on revising my manuscripts. I sit down in front of my computer and edit the articles I’m contracted for and write the profiles I’ve been assigned, and then I walk away. All while the more courageous, hard working and determined writers experience the joy of success.

Attending this concert helped renew my own dreams. I’m extremely proud to call myself a writer. I’ve accomplished a lot in the past ten years. But I am capable of more. I only need to find the courage to be who I really am, and write what I need to say. The rest will fall into place. 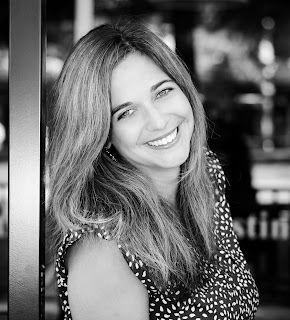 Renee Roberson is an award-winning writer and editor who also works as a Blog Tour Manager for WOW! Women on Writing. Her work has appeared in magazines such as Charlotte Parent, Lake Norman Currents, The Charlotte Observer, The Writer and more. When she’s not working on client projects, she enjoys spending time with her family and writing young adult and middle grade fiction. Visit her website at www.FinishedPages.com.
Renee Roberson at 4:30 AM
Share