Recipe for a Winning Writing Retreat (Serves One to Twenty) 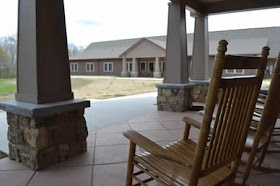 Last week, I had the opportunity to take off a few days and join twenty writers for a writing retreat. I do so love my writing retreats (and this great bunch of writers, too!), but I was in an in between place, writing-wise. I had three sort of projects I could tackle—okay, they were more like vague ideas—so I wasn’t sure I’d get much at all from the retreat.

Boy, was I wrong! By the time I came home, I had the first couple chapters of a new novel and a roughly outlined plot to go along with it. And I had worked enough on one of those ideas to know that the project wasn’t ready for development.

So how do you get the most out of a three-day writing retreat and cook up something swell? Here’s the top ingredients we used, and I promise you can get great results, too, no matter the size of your retreat:

The retreat was at a lovely convent that provided three meals a day and those meals were served promptly. And that was our only schedule, our only structure. We kept a white board in the kitchen so that anyone who had a writing need could post it during the three days. It was no guarantee that folks would show up at, say, 4:00 for a critique session, but it kept us from wandering around, trying to gather writers. Meals were a great time to make announcements or plans with a buddy, too, but we had only thirty minutes or so before we headed back to work!

Of course, it’s wonderful to have meals fixed and no day-to-day worries except the problems of a lousy plot, but even a retreat at home is doable, as long as you give family and friends the heads up. A little preparation beforehand (meals fixed, a board for notes) can provide the same structure for a Saturday Writing Retreat, Party of One.

We had Wi-Fi but I suspect that most of the writers were like me: mostly unplugged from our devices. There was no TV at the facility, so one less distraction to pull us away from work. I don’t know why I always forget just how much time I waste once I plug in, whether it’s the social media suck or TV or my newspaper, but I’m always amazed at how much I accomplish when I turn off the outside world.

You can get the media monkey off your back, too, even if your writing retreat is just three hours at your local coffee shop. Unplug yourself and marvel at the work you accomplish!

Getting critique from disciplined, successful writers is always helpful, but not always practical at a retreat. There just isn’t time to get everyone caught up on a 100,000-word novel. But you can get feedback on a first chapter, or a query, or even a concept. The trick is to be very specific in what you want to know. Don’t expect a group of writers to fix a sagging middle, but listen carefully if everyone in the room thinks your first chapter is middle grade—and you’re writing a young adult novel.

A retreat on your own doesn’t mean that you can’t send an email during the day and ask a trusted writer friend about specific issues. It might, however, be a good idea to let that friend know you’re doing a retreat and would appreciate feedback ASAP.

It’s not complicated, putting together a successful writing retreat. Just stick to the ingredients list and watch your writing dish take home the prize!