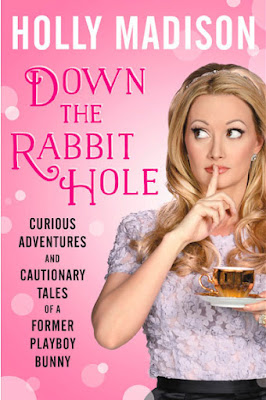 
In today’s world, social media is a dominating force that can make or break your career in almost every aspect. In this case, social media can help promote your work to a large and varied audience. To prove this theory, take a look at the rapid growth of popularity of Holly Madison’s book Down The Rabbit Hole, which is at the top of the New York Times Best Seller List.

Holly Madison, the ex-Playboy bunny, reality show star, mother, wife and ex-girlfriend of Hugh Hefner has made quite an image for herself and her book on social media with 1.38 million Twitter followers. On Twitter her hashtags are #downtherabbithole and #hollymadison. According to ritetag.com the hashtag #hollymadison has 2.42K potential views per hour. The hashtag #downtherabbithole has 3.78K potential views per hour.

So what is the intriguing factor for authors about social media? Social media allows direct communication to thousands or even millions of followers (all at no cost), and is credited in great part for making Down The Rabbit Hole an instant success. Using social media also allows authors to meet a whole new audience of readers and gain new ideas for books from the social community.

In an article by Chuck Sambuchino, of Writer’s Digest, Grammar Girl creator Mignon Fogarty said, “I think you really have to enjoy interacting on social networks or you won’t do it well or stay with it. You can’t force yourself to do it; you have to find the things you like and do those even if they aren’t the most popular. For one person it might be Twitter, for another LinkedIn, for another YouTube, for another podcasting, and another blogging.”

Estelle Maskame, Bestselling author of Did I Mention I Love You, (DIMILY) became an Internet sensation by using social media and gained 123K followers on Twitter @EstelleMaskame. With the help of her friends and Wattpad, Estelle’s book reached four million hits on Wattpad. “Using social media to promote my work means that I’ve got a close connection with my readers, especially now, because they’ve been with me since the early days. In a way, we’re all in this together, and ever since the start, I’ve always loved going on Twitter to interact with them,” said Maskame.

Other authors who have successfully used social media to gain recognition for their work include Paulo Coelho. Coelho used Facebook and Instagram to stay in touch with his readers and promote his work by sharing quotes and photos of his life and trips he has been on. The Alchemist spent 270 weeks on the New York Times Best Seller List with the help and use of social media. According to a Wall Street Journal article, while doing research for his new book Adultery, Coelho’s fans shared over 1,000 emails with personal infidelity stories. Talk about intimate communications!

Margaret Atwood, a Man Booker prizewinner, has made extensive use of digital platforms. Atwood is an avid tweeter with her fans, and has a knack for posting creative insight about her latest work. She also used Wattpad to collaborate with another author to create a serialized zombie novel. For aspiring authors, Atwood ran a contest encouraging them to try fan fiction.

With social media, authors have a chance to succeed. Using social media for your work is important because of the vast attraction of readers you’ll get to engage with. There are quite a few social sites to post your work on and get feedback on your book before and after it is published. 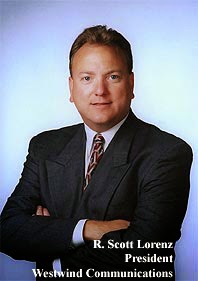 Book publicist Scott Lorenz is President of Westwind Communications, a public relations and marketing firm that has a special knack for working with authors to help them get all the publicity they deserve and more. Lorenz works with bestselling authors and self-published authors promoting all types of books, whether it's their first book or their 15th book. He's handled publicity for books by CEOs, CIA Officers, Navy SEALS, Homemakers, Fitness Gurus, Doctors, Lawyers and Adventurers. His clients have been featured by Good Morning America, FOX & Friends, CNN, ABC News, New York Times, Nightline, TIME, PBS, LA Times, USA Today, Washington Post, Woman's World, & Howard Stern to name a few.