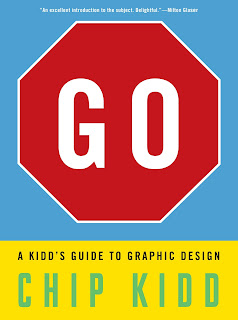 Whether you are self-publishing or traditionally publishing, it pays to know something about cover design. Yes, I’m talking to you traditionally published authors out there, too. You may not design your book cover, but your teaching guide or other supplemental material will need a cover too and your work will be more effective if you understand something about cover design.

Fortunately, Chip Kidd loves to talk about his work. Kidd is an award winning designer who works for Randomhouse. Here are a few things I’ve learned watching his TED Talks (here and here).

Derive the cover from the text. We’ve all had this experience even if it wasn’t our book. You read the book and then take a long hard look at that cover. Seriously? That’s the cover for this book? The two have nothing to do with each other. A cover can’t just look snazzy. It has to be based on what’s inside.

Show or Tell. Your book cover can either show your reader what the book is about or tell them. To do both is insulting. In a photo essay, the cover design may feature a photo – showing something of the content. A text-based cover tells what the book is about. Try to show and tell and, in my not-so-humble opinion, you end up with something that looks like a primer.

Mystery vs Clarity. Your cover can snare your reader with a mystery, something that is intriguing but not entirely informative, or something that is almost sign-like in its clarity. A biography with a photo of the subject? Clarity. A tattered map of the city where the story is set? Mystery.

Go Beyond the Expected. Be as creative with your cover as you are with your content. Kidd tells about designing the cover for Naked by David Sedaris. The book is about a nudist colony and the dust cover features a pair of men’s briefs. Removing the dust cover, you might expect a nude male. Nope! Instead Kidd used an x-ray of the pelvic girdle.

Type 101. If you choose your type carefully, you make the word into a self-portrait. The example that Kidd gave was using a flowing script-like font for the word FANCY. You can do the same thing by choosing a font that looks like a stencil for the word MILITARY. Kidd also points out that is can be just as powerful to do the opposite, such as using an intricate script for the word PLAIN.

Simple Is Better. The example that Kidd gives is his design on the Jurassic Park cover. He based the design on a t-rex skeletal diagram, inking until he had detail but not so much that it muddied the illustration. Don't try to use every clever element in one cover.

Whether you are compiling materials for classroom use or actually designing the cover for your self-published book, you want to create something that makes readers want to find out more. Check out Kidd’s TED videos and his book (pictured above) to learn even more.