Friday Speak Out!: Bending the Facts in Historical Fiction

Fiction, says one Webster definition, is “literature that tells stories which are imagined by the writer.” But what if your novel is based on real events or people or places? What do you do about the facts that just don’t fit into your storyline?

I’m writing an archaeological novel set near a small town in the hills outside of Rome. The story relies heavily on what’s left of an ancient sanctuary, its complex history, and its captivating deity. I can’t resist the real story. I am so enamored of the facts that I have a hard time allowing my creativity some freedom in bending them, just a little, to make my fiction work. The result is that my first novel has taken ages to write, but I’m getting better and my story is moving ahead faster.

Here are a couple of examples:

Fact: A small train line runs from downtown Rome into the hills and stops at several towns. I am familiar with the stop at one town, its tiny train station, and the fact that getting from the station to the town means walking up the hillside over a few switchbacks to get to the main piazza. Great visual for my novel; the only problem is that this train stop is not at the town I’m writing about.

Fiction: I thought of moving the setting of my novel to the town with the train station, but that wouldn’t work. So I relocated the train stop.

Fact: Early excavations, mostly by artifact hunters, uncovered ruins of several structures in this monumental complex that were then reburied. A few reports exist saying what was found, but no one has had the time or financial support to excavate the site completely and properly and recreate what exactly was there.

Fiction: Taking advantage of the incomplete knowledge about this site, I reorganized its layout to fit my plot.

The changes I’m making don’t alter the core facts--the site and its history will be recognizable to the archaeological community and to nearby residents. I feel however that my changes need to be acknowledged in my novel, and I will do that in an Author’s Note at the beginning. 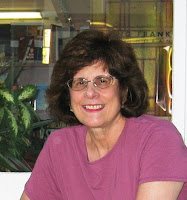