What Children Can Learn From Book Clubs

My daughter has participated in classroom book clubs for the past few years, which I think is great. The kids are broken up into groups of five or six students, and they rotate through five or six different novels depending on what unit they are studying.

For me, these book clubs have an added benefit, because as an aspiring children’s author, I get exposed to some of the classics (sometimes for the first time) and get a firsthand look at some of the more contemporary titles, as I have to read the books with her at home before she discusses them with her group.

So far it’s been a pretty good experience, until recently. While studying the revolutionary war (she’s in fifth grade) she came home with the Newberry-award-winning book Johnny Tremaine by Esther Hoskins Forbes. As I read the opening pages out loud, I soon figured out it was going to be a difficult book to read. The language was very outdated, I had to look up so many vocabulary words (and I always thought I had a decent vocabulary) and some of the situations in the book seemed to be not really suitable for children (several different scenes went into great description about female characters and how “buxom” they were and there were some uncomfortable racial slurs.)

After flipping to the copyright page, I noticed the book was originally written in 1944, which explained the outdated language and references. We sloughed through it, week after week, and while some of the story was definitely interesting, many scenes dragged on and on, and in my opinion, the book could have been cut in half and still been fine. I asked my daughter if her classmates were enjoying the book during their discussions in class, and the answer was a resounding “no!” After we finished the book, the teacher asked the students to write a review of it, giving their honest opinions on what they thought of it. From what I heard, only one student said he enjoyed it.

By contrast, the next book she brought home to read for book club was Fever 1793 by Laurie Halse Anderson. That experience was much different. Reading about the epidemic of yellow fever that hit Philadelphia during the year 1793 was riveting, even more so because my daughter is interested in all things medical. The book is a great example of how you can write historical fiction and still keep the story fresh and moving along at a fast pace. Never once while reading Fever 1793 did I inwardly groan to myself and think “Oh, let’s just get on with it!” like I did while reading Johnny Tremain.

I found out that because of the reviews my daughter and her classmates gave Johnny Tremain, the book was taken out of rotation in the classroom and her group was the only one that had to read it. She learned a lesson about the importance of writing book reviews. But I also tried to turn the experience into a teachable moment, by explaining that in school she’s not always going to get to read books of her choice, and it’s important to give a fair and honest opinion of the books she reads whenever possible.

Were there ever any books you read in school that you simply didn’t enjoy? What were some of your favorites? 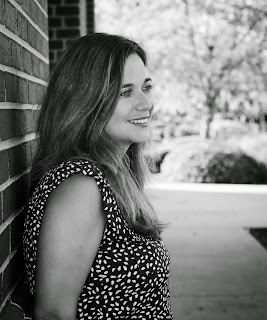 Renee Roberson is an award-winning freelance writer and editor who also works as a blog tour manager for WOW! Women on Writing. She blogs about all things reading and writing related at Renee's Pages.
Renee Roberson at 5:00 AM
Share