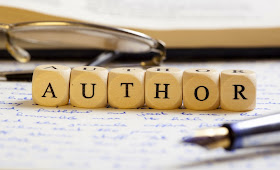 “Get your short stories published,” they tell you in creative writing programs, in workshops, on blog posts and in lectures. We all hear this over and over again, but nobody ever told me how to do this; and when I asked, all I ever received were vague answers that mostly involved pounding the pavement such as, make connections, befriend editors, network, and get yourself out there (my favorite). Huh?

Six years later I’d published thirty short stories in a wide variety of literary magazines in six different countries and had received seven international award nominations, and guess what? I didn’t do any of those things. I could hardly network living in Israel where the first language is not English, which severely limits my ability to reach out to English speaking writers and English language publications—at least in person.

Is there an English-speaking writers’ community in Israel? Of course. Is it large? No. And it’s often stratified along religious, geographical and political lines, the way it is anywhere in the world.

Besides, I only enrolled in my creative writing master’s degree when I was two months pregnant with my fourth child (yes, I was lucky enough to attend a university that offered maternity leave and was pro-baby and pro-nursing). This means on a practical level, I had four children under the age of seven, two of whom were allergic to half the foods in the supermarket.

I could hardly get to the shower let alone get to any networking arenas. In addition to this, like many families with small children we can’t afford a home in the heart of the city, so I live in a very suburban community, hardly a magnet for literary publishers and magazine editors.

So, what’s an unpublished writer/full-time-mother to do? Get on the internet, that’s what, and that was in 2006 when the net was in its infancy. So if it was doable then, it’s absolutely doable today.

So what’s my take on it? Here are four takes:


1. Take yourself seriously. If you don’t, nobody else will. For me it meant dedicating two hours a day to researching publishing options (the most time consuming of all), emailing queries, perfecting cover letters, reworking stories that were repeatedly rejected, but with comments from editors about what worked for them. My list could go on, but the grease for this wheel is to believe in yourself and your goals. And yes, sometimes I did it one-handed nursing a baby; other times I thanked God for that battery-operated swing. Yes, it’s worth the investment.

2. Take criticism. I am amazed to this day when I meet aspiring writers who cannot take criticism. Don’t just take it, seek it out! Seek out really tough, word shredding, confetti-making criticism from someone published whom you respect and admire and who believes in you (preferably not someone related to you.)

3. Take rejection. That’s right, just take it. Don’t let it crush you or deter you from your goal. Think about why you were rejected. Did you try to get published in one of the top ten most prestigious magazines in the USA? Did you send a light-hearted piece to a publication that advertises itself as edgy and experimental? Learn what you can. Don’t ignore it or you’ll repeat the mistakes and move on.

4. Take action. I’ve wanted the dishes done thousands of times, but this left me three choices: wash them, sweet talk someone else into it, or stock up on throw-away plates and cups. In all cases, wanting got me nowhere. Make yourself an action list and there’s no one-size-fits-all. I used to fulfill a quota of five queries a day which came to 25 queries a week (given the weekend, come on you deserve a break!). My reasoning was at 100 queries a month, statistically, I was bound to progress and I did. Find an action plan that works for you and stick with it.


Many of you might be thinking, I can’t raise young children, work, and get published. If you work full or part-time on top of mothering, numbers 1,2,3 apply, but you still need to take action, just cut it down to a size that fits. Send out one query a week, you’ll still be eight queries down the road in only two months. Remember what a wise pediatrician once told me: women can have it all, just not all at the same time. 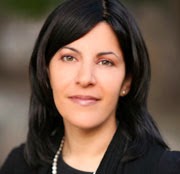 Canadian Gila Green moved to Israel in 1994. Her novel King of the Class was released in April 2013 by Now or Never Publishing in Vancouver. Her stories and articles appear in tens of literary magazines in the U.S.A., Canada, Australia, Israel, and Hong Kong. Her collection, White Zion, is a finalist for the Doris Bakwin Award and her work has been short-listed for WordSmitten's TenTen Fiction Contest, the Walrus Literary Award, the Eric Hoffer Best New Writing Award and the Ha'aretz Short Fiction Award. Gila has an MA in Creative Writing and an undergraduate journalism and English literature degree.