Diamonds are a writer's best friend. But it's not the money the diamond can garner that's so valuable. Instead, it's the multitude of facets a diamond has that attracts writers.

The diamond I'm constantly turning and studying is my birth mother, along with my adoption. It's the rough hunk of fodder—on a regular basis—that I'm cleaving.

Cleaving is what diamond cutters do to a diamond rough as they separate it into smaller pieces, which will eventually become gems. Writers take issues and events that they're plagued by, that they're passionate about, and after putting on the lenses of an author, they decide where to make the cuts.

For Silver Boomers Books, I wrote a bit of poetry about what Mother's Day is like for an adoptee. No pretty roses adorned that dark poem, no siree, but I did share what that holiday was like from my perspective.

I wrote about looking for my biological mother for the most recent Listen to Your Mother show in St. Louis. For that jewel, I focused on the black hole that is my genetic past... my angst at finding her too late... the two half-sisters I found in my search.

Later, I twisted the still-immense hunk and cleaved a little for Chicken Soup for the Soul. This time, the unselfishness of my birth mother was what produced the brilliant light. My story, “Imogene's Girls,” will come out in one of their collections in October.

And there's my hot-mess of a novel. It was a jewel (I thought) but I had to smash it into worthless dust. The way I had cut and polished it made it not even worthy of a cheap bauble. Fortunately, I managed to salvage a small piece of it, and currently am in the process of studying it so that when I do have to cleave and then polish it, it will shine. In my story (so far) there is a thread about being adopted.

But you might well ask, “What does all this have to do with healing? Come on, Sioux. You put it in the title and then not another mention. Have you gone completely whackadoo?” and I wouldn't blame you.

The more we study something and think about it and write about it, the more we process it. As we write, we're working it out in our heads. In our hearts. Hopefully at some point the things that sadden or upset us, the things we're unclear about—those things will shine a brilliance that will light our way in this journey called life. Our load will then be lighter. Our direction will be surrounded with more clarity. And if we make a little money or snag some publishing credits along the way, well... that's like cubic zirconiums set next to the real diamond. They're still pretty.

But not even close to priceless... 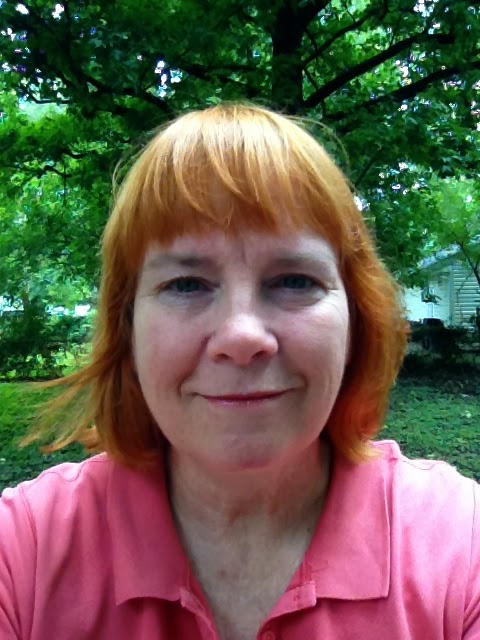 Sioux Roslawski is a third grade teacher in St. Louis by day and a diamond cutter by night. Her writing critique group, the hilarious and sometimes (dreaming of being) felonious WWWPs, sit right next to her and look over her shoulder as she's cleaving and polishing. More of her work can be found at http://siouxspage.blogspot.com
~~~~~~~~~~~~~~~~~~~~~~~~~~~~~~~~~~~~~~~~~~~~