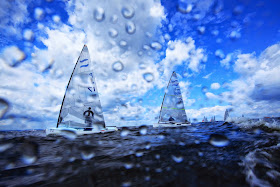 Back around the first of the year, Facebook changed the news feed, or what the average Facebook user would see on his or her wall. To be honest, I see the word “algorithms,” and my eyes glaze over. And besides, it appeared that the changes would affect Pages—I’m a one-profile-only user—so I kind of ignored all the hullabaloo about the announcement.

But after a while (granted, it took about six months, give or take a couple weeks), I began to take notice. Mostly, I noticed that the lovely posts from authors that I used to see on a fairly regular basis had sort of dropped off the face of …well, Facebook. But it wasn’t my author friends that I follow, who post status updates here and there. It was authors who had Pages that I had liked, authors who posted snippets through their Pages.

Which made sense, once I took a closer look at the Facebook changes. Because Facebook had decided that “text only” status updates on Pages aren’t “liked” much. At least, that’s what the algorithms said. So Facebook decided to drop those updates from the basic news feed.

Now, updates with share links, or a link jazzed up with a photo or video, well, that’s different. People will "like" that, so theoretically, Facebook would plop that update into the news feed. But here’s where the boat begins to tip for me. Because I don’t see many author Pages anymore, share links or not. In fact, there are only two Pages that show up in my feed—and they’re both authors where I regularly click through to read the blog. The rest of the authors—the ones I don’t click on so much—are posting still. They’re just not showing up on my news feed.

And so I’m wondering. I wonder if others have noticed a change in what they see on their news feed.

I wonder if authors with a Page have noticed the changes. And if you’re one of the authors, if you’ve changed the way you post to accommodate the changes?

Mostly, I wonder if Facebook is making a push for businesses (including authors) to pay to boost their updates.

Maybe it’s time writers noticed what’s going on, perhaps give those algorithms a second look. Especially if Facebook is a big part of the marketing strategy.

Or maybe I need to sit down and quit rocking the boat.