Handling Description Through Your Point of View Character 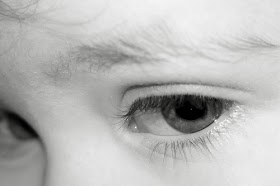 When I edit and teach other writers, one common mistake I find (and in my own writing too) is changing point of view characters without realizing it or meaning to. This happens more often when someone is writing in third person limited and accidentally leaps into the mind of the non-POV character. But there are already tons of posts on this subject and how to fix it. So, hopefully you continued reading this brilliant introduction to get to the meat of what this point of view post is about:

I'm going to specifically target children's writers, but this really applies to any writer for any genre. If you pick one POV character, which most of us do in a section or chapter anyway, all the description of the setting, the other characters, and the events have to be through the POV character's eyes.

Let's say you are writing a middle-grade mystery novel (like I am) about an 11-year-old boy who is at his grandma's house for a family reunion in the summer. BEFORE writing a single word of description about the setting, you have to think to yourself: What is an 11-year-old boy going to notice about grandma's house that the reader needs to know to understand the setting/plot/conflict?

Patrick saw his grandma's rose bushes growing alongside the freshly painted white farmhouse and wondered when the three-legged race would start, so he could beat his sister and her 12-year-old friend, Nicole. He waited by the ancient, towering oak tree, while wiping sweat off his brow from the sweltering heat.

I say that is a bad example because although it gives you some details about the setting (grandma's yard in the summer), events (three-legged race), and characters (his sister and her friend), this description uses language that doesn't sound like an 11-year-old boy or focus on things Patrick would notice. The word choice is off.

Patrick trampled through his grandma's garden, careful not to touch the huge rose bushes he fell in last summer. He got a drink from the hose in the front yard and noticed a wet paint sign hanging on the house. His grandpa was so funny! Looking for shade, he hurried under the tall oak tree, while he waited for all the slow pokes in his family to get outside for the three-legged race. Sweat dripped into his eyes, and he blinked as he thought about beating his dumb sister and her friend in the race.

If your main character is a 16-year-old rich, city girl and she is put in a rural area by her parents for the summer, what is she going to notice and how would she describe it? Would this be different than a character who was 8 and had grown up on a farm? Yes--the age and life experience change word choice, what the character notices, and how he or she notices it.

If you are a wordsmith and you are writing children's or YA novels, be careful. As adults, we have a tendency to use words WE would use to describe something. But to hold your readers' interest, your character has to do the describing--not just the talking and the thinking. 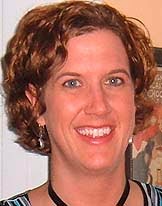 Margo L. Dill teaches novel writing and children's writing classes for WOW! On Thursday, January 30, a session of Writing a Children's and YA Novel begins (online class); and on February 7, Writing a Novel with a Writing Coach begins. She is the author of Finding My Place (middle-grade historical fiction, 2012) and the upcoming young adult novel, Caught Between Two Curses, due out in March 2014 from Rocking Horse Publishing.

photo above by mRio http://www.flickr.com