Book Review: Leaving the Hall Light On by Madeline Sharples 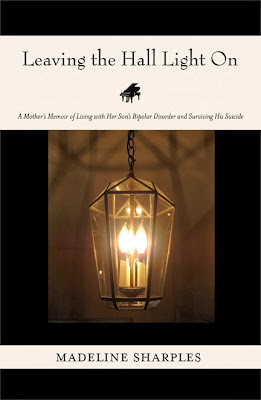 Thank you very much to Madeline Sharples for the opportunity to read Leaving the Hall Light On and thank you WOW! for allowing me to publish this review.

REVIEW
I recently had the honor of reading a touching memoir written by a loving mother who lost her son to mental illness and suicide. Had I not come to know Madeline prior to reading Leaving the Hall Light On, I quite honestly might not have read the memoir at all. I prefer movies and books that are filled with love and laughter. The first few pages of Sharples memoir describe the way her son, Paul, ended his life. There is nothing about losing a child that makes me want to laugh…but knowing Sharples and her warm smile and great sense of humor caused me to read on. I just knew she would somehow endure the pain and heartache with a smile on her face.

I am not very familiar with mental illness and my children are just babies, but Sharples described events in her life and the life of her son in such a way I could easily understand. Leaving the Hall Light On  reads almost like a journal or maybe more like a letter to a friend. I was drawn into the story as well as the emotional roller-coaster she was feeling as she retells the stories of Paul’s life. The pictures included in the story help those of us who maybe would say “well, didn’t he look different?” or “how could they not have known her had a mental disorder”. If you are still thinking you can identify mental illness in the same way you can identify a cat or a dog, you’ll quickly see that it’s not that easy. Paul looked just like any other toddler, teenager, grown man, and musician. His own parents weren’t sure if he was suffering from a mental disorder or if he had gotten mixed up with the wrong crowd abusing drugs and alcohol. This was a real eye opener for me and Sharples does a great job telling about the good times and the tough times of living with Paul’s Bipolar Disorder.

I love how Sharples shares a list of things she will always remember about Paul. Regardless of who you’ve lost in this life, it’s important to hold onto the memories. Leaving the Hall Light On  is a great way to memorialize Paul as well as share his story and her own with the world. I admire Sharples for her writing style as well as her honesty about what any parent would describe as their worst nightmare. This is a well written memoir I would recommend to parents, as well as anyone who has loved and lost or loved and feared loss. 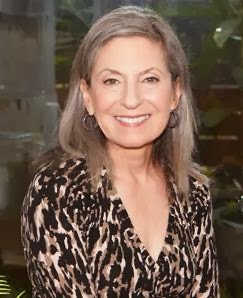 SUMMARY:
Leaving the Hall Light On is about living after loss. It’s about finding peace and balance and various ways the author, Madeline Sharples, brought herself together after feeling so helpless and out of control during her son Paul’s 7-year struggle with bipolar disease and after his suicide in September 1999.The author’s book shares several aspects of her son’s illness and how she and her husband, and their other son, Ben, survived Paul’s suicide.

ABOUT THE AUTHOR: Madeline Sharples’ writing credentials include working most of her professional life as a technical writer and editor, grant writer, and proposal manager. She co-authored a book about women in nontraditional professions calledBlue-Collar Women: Trailblazing Women Take on Men-Only Jobs (New Horizon Press, 1994) and co-edited the poetry anthology, The Great American Poetry Show, Volumes 1 (Muse Media, 2004) and 2 (August 2010). Also a poet, her poems are featured in the book The Emerging Goddess, a beautiful full-color hardcover book of poems and photography she co-authored.

Her poetry has also been published in Memoir (and), The Muddy River Poetry Review, and Perigee, Publication for the Arts and The Survivor Chronicles.“Lunch,” an excerpt from Leaving the Hall Light On,also appeared in Perigee. Twitter-length poems appeared in “Unfold” on Twitter. 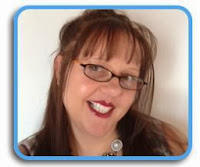 Crystal is a church musician, business owner, active journaler, writer and blogger as well as a dairy farmer. She lives in Reedsville, Wisconsin with her husband, three young children (Carmen 6, Andre 5, Breccan 11 weeks), three dogs, two rabbits, four little piggies, and over 200 Holsteins. You can find Crystal blogging and reviewing books and all sorts of other stuff at: http://bringonlemons.blogspot.com/
Crystal Otto at 12:01 AM
Share