The Subjective Side of the Writing Business 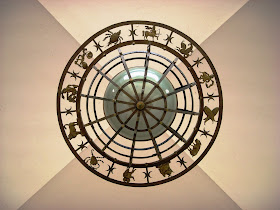 About a week ago, my horoscope read:

“Your success and failures are not based solely on your own actions. Be firm with yourself, but have compassion, too. It’s not all in your control.”

I smiled when I read it, appreciating the timely reminder from the Libran stars. You see, just the evening before, I’d received an email about a contest I’d entered.

I had a short story (a flash) that I really liked and a couple contests with similar deadlines for a flash story. So I sent off the piece to three different contests, and though I hadn’t set it up intentionally, I realized I had a sort of writing experiment going on. The same story to be judged by three different people. How would it fare?

The results trickled in. For the first contest, the story won a first prize and I was super-excited! I proposed what I thought was a sound hypothesis. That if the story placed first in one contest, it was bound to place well in the other contests. I sat back and waited for more results, with visions of dollars dancing in my head.

And just a week or so ago, the afore-mentioned email came and the story won…nothing. It didn’t even get an honorable mention. How was that scientifically possible?

It didn’t take me long to answer that question. Even without the horoscope, I would've eventually remembered that writing is not an objective, scientific business. The story may have been the same, but the people reading the story—well, every person brings a different perspective into the reading experience.

Some aspects of writing can be quantified, I suppose. Poor grammar, for instance. But once a writer gets to the level where he or she can produce a well-crafted story, then personal opinion becomes a factor in the judging. And one judge’s “Wow!” is another judge’s “Didn't care for it.”

So, just sending along to you a timely reminder: Don’t let a rejection (or even a stack of rejections) undermine all your hard work. Keep submitting.

And feel free to borrow that gem of a horoscope (and maybe print it out and stick it above your desk).