When I was eight years old, my mom put me in charge of holding a tag sale to dispose of some of my childhood things. She gave me free reign over selecting and pricing the items to be sold; her only rule was that I couldn’t sell anything for more than a dollar.

Somewhere in my childish mind, I interpreted that dollar as signifying perfection. If one dollar was the most something of mine could be worth, than that had to be the perfect item, didn’t it?

Among the things I decided to sell was an elaborate and probably pretty expensive dollhouse. Recognizing that this was my most valuable item, I set the price at the high mark of one dollar. A neighborhood girl naturally expressed interest in it.

But I was already reconsidering the value of the dollhouse. It was true; one of the beds was missing. There was a crack in a wall and a smudge on a window. My dollhouse wasn’t perfect. It wasn’t even close.

So what did I do? I cut the price to seventy-five cents, and when my friend returned, that was the deal I gave her.

A few months ago, I submitted my first novel, My Life with Michael, to a publisher. They’d read my first chapter and synopsis and liked them enough to request the full manuscript. A few weeks ago, I finished my second novel, which is stylistically quite different from my first. And when, on a whim, I reread my first book, which I thought I had polished until it shone, I realized that its opening chapters needed more dialogue.

I was heartbroken. They’ll hate my manuscript, I thought, because without the few pages I was adding to it, it wasn’t perfect. Who would pay a dollar for an item that was only worth seventy-five cents?

Women are born perfectionists. We expect everything we do to be our very best, and we beat ourselves up when it’s not. But sometimes we forget that our “best” is not a fixed quantity, like a dollar. Our best is what we were capable of at the time. I learned something in the course of writing my second novel, something that changed my perspective on the first one. I’m a different writer now; a better one, I hope. I shouldn’t kick myself for not knowing then what I know now. This is how we grow.

The week after the tag sale, I found a pair of old roller skates at another sale down the street. They were far from perfect, and I had to empty my piggy bank to buy them. But to me, it was still a heck of a deal.

Maybe it was unfortunate that I didn’t get my dollar for the dollhouse. An extra quarter went a long way in those days. But you know what? I got enough to buy the roller skates. And those were what I really wanted. 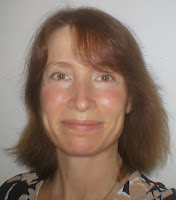 Lori Schafer is a part-time tax practitioner and part-time writer residing in Northern California. Her short stories, flash fiction, and essays have appeared in numerous print and online publications, and the manuscript of her first novel, My Life with Michael, is currently under review by an Australian publisher. Her second novel, a romantic comedy entitled Just the Three of Us, is out on query. You can find more of her work on her blog at http://lorilschafer.blogspot.com/.
~~~~~~~~~~~~~~~~~~~~~~~~~~~~~~~~~~~~~~~~~~~~