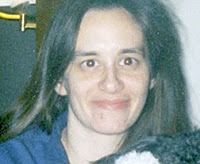 Donna L. Turello is the quintessential Walter Mitty type: she lives vicariously through her characters. None of whom are her. She pinky-swears.

Having earned an M.A. in English Lit with a concentration in Medieval/Renaissance Lit, you’d think she would write Medieval fantasies, but she’s actually more into contemporary women’s fiction and MG/YA novels.

Nevertheless, she enjoys veering off-road into the short fiction forms, creative nonfiction, even the occasional attempt at a picture book. Recently she’s begun dipping a toe into the screenwriting sea. It’s all about the story. And some stories are flashes of light, while others are a long and very winding road.

Publication credits, such as in The Verb, The Binnacle, Patchwork Path anthologies, Chicken Soup for the Soul: My Resolution, and now WOW!, provide the encouragement to keep going, as well as honorable mentions in contests such as Soulmaking Literary, The Binnacle, Writer’s Digest, and yes, WOW! But she’s ready to shed the bubblegum pink bridesmaid dress and grab a bridal bouquet!

A member of RWA until it finally dawned on her that despite the romantic elements, she’s not writing romances; she’s now a member of SCBWI. Her stories are all about the journey. And what a journey it’s been.

Currently making the contest rounds is a novel which recently garnered an honorable mention in the 2013 Abilene Writer’s Guild annual contest. It’s her love letter to her dad: a YA about a girl, her dad, a boy, and a baking competition.

Thrilled and honored, she would like to thank the WOW! judges for this shot of confidence, and hopes that someday soon, when her mother tells her to “Just get a real job, already” she’ll be able to reply, “Mom, writing is my real job.”

WOW: Congratulations on your first place win in our Spring 2013 Flash Fiction competition! What inspired you to enter the contest?

Donna: I've been submitting to the WOW! contests for years, and actually cracked the Honorable Mentions a few years ago, with an essay. So naturally, throw a dog a bone, and they keep coming back!

But I love how WOW! supports and encourages all writers, win or lose. It's that welcoming atmosphere that keeps me entering.

WOW: Thanks for the kind words about WOW! Women on Writing. Can you tell us what encouraged the idea behind your story, Ivy?

Donna:  Ivy was inspired, literally, from the ivy growing in my backyard. The more I prune, the more it grows, tenaciously climbing that fence toward the sky. I've also experienced a bit of discrimination over my adopted sister; plus, on the tough days, my mom insists things will change for the better. I'm also at a place in my life where everything around me is changing, and while I tend to resist change, I'm learning to embrace it. I believe I'm going to come out the other end a stronger and better person for it. So for me, there's no one thread; every story is a melting pot of elements.

WOW: How did you craft your winning flash fiction story? Did you have to edit much to get to the final version?

Donna: I wrote the first draft a couple of years ago for another flash contest. It didn't win, but just wouldn't let me go, so I rewrote on and off, trying it longer, adding details, but it still didn't feel "right." I pared it down for another contest last year, where it took second place, but wasn't published, thank goodness, because I still didn't feel it completely "click." So I went back again, and many drafts later--adding more details, and pruning again--I just felt like maybe I'd finally said what I'd wanted to say.

I'm always amazed at how time has a way of giving me insights into a project that I didn't have when I first drafted it. Maybe it's just that certain things have to happen in your life first for you to really understand--or feel--the story through your characters' eyes, or maybe it's just that with each draft comes a new layer of depth to the backstory--whether you include those details or leave them out.

WOW: That's great that you didn't give up on the story, and with time and effort you crafted something beautiful. On your website you mention a love of baking. What is your favorite thing to bake? What's your next kitchen project going to be?

Donna: I don't actually bake as much as I'd like anymore since nobody seems to be eating sweets these days in my family, but my favorite things to bake are cheesecake, and anything involving chocolate.

One of the novels (YA) I'm tweaking now is about a baking family and I'm kind of living vicariously through the protagonist, and it's making me revisit an old dream of commandeering the kitchen--to my mother's horror--and experimenting again. Maybe create a few recipes to accompany the novel. I've always wanted to attempt a small cookbook. It's also on my bucket list to try out for the Pillsbury Bake-Off!

WOW: If you need any recipe tasters, just let us know! Thanks so much for chatting with us today, Donna. Before you go, can you share your favorite writing tip or advice with our readers?

Donna: "Longest way round is the shortest way home."--James Joyce. Which is to say there are no shortcuts. It's only in the rewriting that I find the story. With every draft, I learn more about the characters. Even if I don't leave all the backstory in, it helps me understand the why beneath the surface. Why each character thinks/feels/acts the way they do. So my advice is, simply, write one more draft. That the story is always one more draft away. I have literally marked projects with "I can't do any more with this," put them aside, then months later--the story still dogging me--picked it up again, and the whole thing became clear. Time is a great editor.

On a practical note, the best advice I ever received (from Chris, I believe, in a critique group I belonged to years ago, when I wasn't ready to receive the feedback) is this: rekey. Don't just read through the piece and make revisions. Retype the whole story. Yes, I know that sucks. Especially if you're not the world's greatest/fastest typist. And I'm certainly not. Although I've gotten better over the years just through sheer volume. Which I think also applies to writing. The more you write, the better you get. But retype. Every. Single. Word. You will be shocked at what comes out of your fingers. The subconscious mind is a wondrous thing. And the deepest levels of story spring from there. All the subtext, all the tiny details that add depth. Some of it will be schlock, and then you cut. But retype, again, until you're not adding anything new.