Good morning, Muffin fans! It’s Tuesday, and that means we’ll be sharing a winning story from the latest WOW! Flash Fiction contest. This week, you’ll get to know more about Joel Shulkin, whose story, “Missing U,” placed third. Now, if you been super busy and haven’t had a chance to read this flash piece yet, never fear! Head over to the contest page and peruse! Yup, it’s that simple. Then come back here, grab your favorite sweet treat (I’m noshing on a strawberry-rhubarb muffin this morning) and get to know Joel. 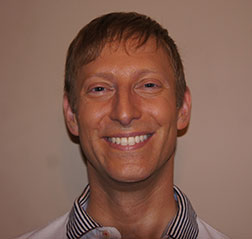 Being a full-time Developmental-Behavior Pediatrician hasn’t stopped Joel Shulkin from pursuing an active writing career; far from it, working with children who have developmental and behavioral challenges related to autism, ADHD, learning disabilities, and adoption/foster care has provided raw material for stories that raise the reader’s awareness of these important issues. His fiction, non-fiction, and poetry have appeared in Short Story America Vol. 1, Drabblecast, Long Story Short, Vwa: Songs for Haiti, and StoryTeller Tymes, among others, and he has won writing awards from the Society of Children’s Book Writers and Illustrators, Short Story America, SEAK Medical Fiction Writing, and an honorable mention from Writer’s Digest.

Joel lives with his wife (who works overtime as his muse, editor, and coach) in Upstate South Carolina, but they often travel together around and outside of the United States. He is currently revising an international medical thriller and seeking representation.

WOW: Joel, congratulations on placing third in the WOW! Flash Fiction Contest, and welcome to The Muffin! I'm intrigued with the untold story resting within “Missing U.” What did Jess write that has everyone on edge?

Joel: I’m not sure the people of Beason would want that dredged up all over the internet! Suffice it to say they were none too happy having all their embarrassing stories and dirty little secrets packed into a bestselling novel (especially the part about the cow, the grain silo, and the deputy).

WOW: Yikes! Yes, maybe some things are best left unsaid and left to imagination. (Smiles) Inspiration for a story intrigues me. I’m guessing the motivation for “Missing U” may have something to do with wordplay and church signs. Am I correct?

Joel: There are tons of churches where I currently live and most have message boards out front with attempts at witty sayings. When I was driving home one day, I saw one was missing a letter. I don’t recall what the sign read (something about Jesus, though), and the missing letter wasn’t that important, but I imagined what might happen if it was. By the time I got home, the whole story had formed in my head. The title came later; I originally planned to call it “The Return”, but after I had finished, I realized “Missing U” was far more effective, one that only made sense after you read the whole story.

WOW: I agree; it’s quite an effective title. When I write, one of the first story elements I work on is tone. In my opinion, tone is extremely important because it needs to be consistent and balanced. How difficult was it to balance the humorous and serious tones in the piece?

Joel: The original version was more serious. Although Frank and Martha’s characters were still apparent, I realized they needed to be a bit lighter. After all, these are resilient people who don’t linger on the past. They would’ve had to move on by now, even though they wouldn’t admit there was still lingering tensions in the community (and between Frank and Martha) since Jess left. So I gave them back their sense of humor as a way of protecting themselves against their own pain.

WOW: It works wonderfully in this piece. Your bio mentions you are seeking representation. Please share your search for an agent with our readers - what have been some of the struggles? What's been relatively easy? Anything you would change?

Joel: Finding an agent is definitely an uphill battle, even with several published short stories under my belt. I’ve pitched five or six different manuscripts (everything from picture books to non-fiction). When I started out, I had no idea what I was doing and got nowhere. It’s taken numerous books, websites, and support from online writing communities (FanStory and QueryTracker in particular) to figure out how to effectively query. If I could have a do-over, it would be to do the research on writing and querying earlier in the game. Of course, most of the time I still receive form replies (if I get anything at all), which is extremely frustrating, but does make that tidbit of useful feedback from an agent or editor all the more valuable. It takes some time to get over having someone criticize one’s “baby”, but a good writer needs to do that in order to grow.

WOW: Yes, yes, yes! It’s important for a writer to get feedback and grow as a writer. With that in mind, what's the next step in your writing career?

Joel: I’ve used the feedback from a handful of very helpful agents to overhaul my medical thriller manuscript and am now ready to resubmit; in the meantime, I’ve started work on the sequel. One of the side effects of revising one project is discovering new ways to improve others. While I’ve abandoned a few projects, I’ve gone back and identified several short stories, novellas, and novels that require substantial revision, but if they’re worth salvaging, they’re worth the effort of revising.

WOW: Sage advice! Best of luck with your writing endeavors, Joel, and once more, congratulations!