How to Use Fiction Techniques when Writing Nonfiction 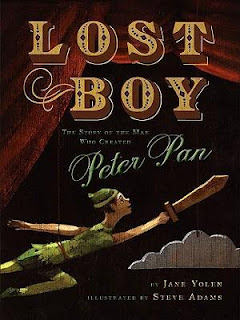 Whatever you write, you have to grab your reader’s attention and pull them into your writing. One of the best ways for nonfiction writers to do this is to use fiction techniques—story, character and dialogue.

Yes, you’ll still be writing nonfiction because the facts are still the facts. You can’t alter them. You can’t make anything up. You simply focus on the ones that fit in the piece you are writing.

That’s what Jane Yolen did when she wrote Lost Boy: The Story of the Man Who Created Peter Pan. She didn’t include fact upon fact about Barrie’s novels, his messy divorce or many of his famous friends. These facts didn’t fit the story she was telling.

Instead, she included his brother’s death and his friendship with the Llewellyn Davies family. Why? Lost Boy tells the story of the man who created Peter Pan. The sorrows of his own childhood and the fun he had with the Llewelleyn Davies family played a part in the development of the play so they were part of this particular story about Barrie.

Great stories are peopled by fascinating characters. When you write nonfiction, these characters just happen to be real. Introducing readers to nonfiction characters means introducing them to the character that fits into the story you have chosen to tell. 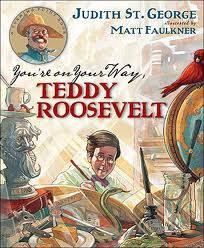 When readers meet Theodore Roosevelt in Judith St. George’s You’re on Your Way, Teddy Roosevelt, they aren’t meeting a robust Rough Rider. This isn’t the President of the United States. They meet a sickly boy in the midst of a night time asthma attack. A book worm. A science nerd. A would-be museum curator.

They meet this particular Roosevelt because his childhood health problems and having to deal with bullies led him to develop a fitness regime. This, in turn, helped him overcome bullies and physical illness and become Roosevelt, Rough Rider and President.

One of the best ways for readers to get to know a character is through that person’s own words. In nonfiction, this dialogue just happens to be true. It is made up of documented quotes found in interviews, public addresses, letters or journals, but finding them is worth the effort. 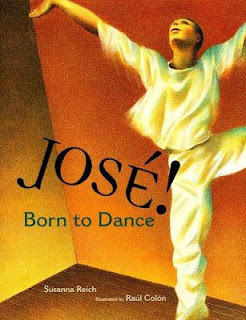 When Susanna Reich wrote Jose! Born to Dance, she could have told readers how Limon was feeling—at one point he was despondent over his inability to draw like the masters, at another he was elated when audiences responded to his dance.

But she didn’t. Instead Reich lets Limon speak for himself.

“New York is a cemetery. A jungle of stone.” You can feel the despair in his words.

“That night I tasted undreamed-of exaltation, humility, and triumph.” Strong words. Strong emotions. And part of the reason they are so effective is that they are his words.

Story. Character. Dialogue. They bring your work to life and hook your readers from beginning to end even if they are reading nonfiction.

In addition to writing her own nonfiction, SueBE is teaching the upcoming WOW! course Writing Nonfiction for Children and Young Adults.
Sue Bradford Edwards at 1:00 AM
Share