Friday Speak Out!: A Legacy For The Victims, Guest Post By Jeanine DeHoney

After the massacre at Sandy Hook Elementary School my heart grieved along with the nation at such an unconceivable and horrendous occurrence. I tried to focus on the commonplace things that ordered my day; cooking, checking my e-mails, working on multiple stories, but my mind kept going back to the horror that unfolded for the world to see. I wished, prayed that the day could be rewound and maybe something; like a boiler breaking, had closed the school. But it hadn’t. And then on the news I heard about a teacher who kept her children calm in the midst of such chaos by reading to them. So I reached in my file cabinet, swallowed back my tears and pulled out a children’s manuscript.

I had worked with precocious preschoolers for over twenty-five years. They were delightful; sometimes quite a handful but I loved them all. They loved for me to read them stories; “Green Eggs and Ham” by Dr. Seuss, “Where The Wild Things Are” by Maurice Sendak,” “Brown Bear, Brown Bear, What do you see? by Bill Martin, Jr., “Amazing Grace,” by Mary Hoffman. So as a writer to heal the pain in my heart I pulled out a children’s manuscript that I had long put aside and began to revise it and then e-mailed it to a publisher.

It was funny. About a family of mice. I imagined a child reading it and rolling around in laughter until their belly ached, a child bright-eyed, and full of wonder like the ones that were lost. I imagined they loooooved books as all kindergarteners and first graders do. I imagined that the night before, after they put on their pajamas and were tucked into bed, a parent sat beside them to read their favorite bedtime story. And maybe this time, something they will always have to scent their memory, when their child asked to hear it one more time, they agreed, and nestled even closer for a second helping of storytime not knowing it would be their last. And I imagined that their teacher probably had assembled a ginormous reading list of only the best children’s books for them and it was the most anticipated part of their day when they were read to because she used gestures and her voice became animated and even the most squirmiest child would sit still when being entertained like that. As those happy images eased some of my grief, I made a pack with myself to write more children’s stories. Hopefully they will get published. Hopefully they will cushion a child’s heart, and be a time of tender bonding for parents and children, and be on a teacher’s reading list of must reads for inspiration.

Once upon a time I felt my literary calling was to other women because of the solidarity we shared. Now I have a newborn commitment to writing for children. I want to create a paper trail of stories that will make our most precious commodities hearts dance with unabashed giggles in a world that can be full of cruel human beings and catastrophes and sorrow. No, I won’t abandon my adult peers. But I will sleep better knowing that I am as dedicated to crafting a great story for young children just as the teachers, principal and other staff members who lost their lives were dedicated to giving the youngest victims of this tragedy educational wings to soar. For me that is the best way to honor each of their lives as a writer. 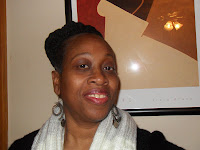