Friday Speak Out!: Get Out of the Way!, guest post by Paulette Mahurin 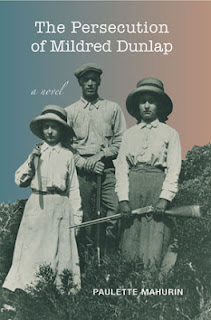 When I was writing my story, The Persecution of Mildred Dunlap, I did a lot of research into the time period when Oscar Wilde was imprisoned, 1895, going off on tangents about the Donner Party debacle, France’s divide on the Dryefus Affair, Booker T. Washington’s Atlanta address turning racism on its head at that time, on down to the minutia of the landscape of Walker Lake and the Nevada terrain, where the story took place, etc. When it came time to incorporate my research into the story line, I wrote, and wrote, filling pages, that would make any grad school thesis chair proud.

It was such a happy time until I sat down to do my first read through. The first three chapters were fast paced and really got me into the story, but when I came to the forth chapter, I was jerked, like whip lash, from the fast paced, interesting plot, into details about historical facts that were as boring as any college level text could get. My heart sank as I removed line after line, still wanting to keep in enough text in to show what a “smart” writer I was, all to the detriment of the flow of the story. I battled with my insides, my head saying, You put in a lot of time, this is interesting and important history while my gut screamed at me, you idiot, any intelligent reader will see through this. People don’t want to read about your efforts they want to read a good story. Get that shit out of there. And, so I did get the crap out of it, every single thing that was about me showing off, about me in the way of the story, about how I wanted the attention, and I let the characters guide me in their voices for what to keep and what to let go of. I hated letting go, knew I had to do it, like exercising—don’t want to do it but when I do I feel better.

When the rewrite was finished and I sat down with the manuscript before me to do another read through. I went from chapter one through twelve, then stopped, not because I was bored or pulled off the story, but rather I was tired and it was late. There were no big chunks left to cut. That was my last creative rewrite. After that it was line editing and tightening up grammar, the structure so that the house of the story didn’t look unprofessional, which again would act as a distraction.

I learned that when I got out of the way, and let the story flow, when I gave up the struggle to want to show off, it bettered the story, and the characters came alive, as if to say it’s our story, not yours. Next time, stay out of the way! 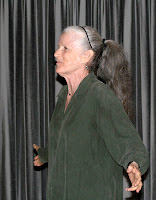 Paulette Mahurin is a Nurse Practitioner, specializing in Women's Health, in a rural clinic in Ojai, CA where she lives with her husband, Terry, and their two dogs (rescued from kill shelters) Max & Bella. She is passionate about writing and while in college wrote two award winning short stories. Her other passion is helping to rescue dogs. The profits from her book go the the first no-kill animal shelter (SPARC) in Ventura County, CA.