Elements of a Great Suspense Story 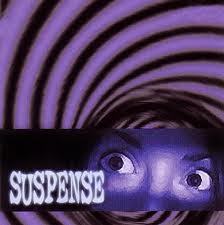 Suspense has to be my favorite genre both to read as well as to write. It doesn't matter if the story is geared to kids, teens, young adults or grown ups, when those heart-pounding, sit-on-the-edge-of-your-seat scenes are sketched out the right way there's nothing like them.

Alfred Hitchcock was incredible with creating great suspense. Authors like James Patterson, Stephen King, and Iris Johansen (among others) also know how to have us biting our nails page after page. These rulers of suspense know all the right stuff to include in a great suspense scene, don't they? But for some of us, it just doesn't seem to come as easily or as naturally. That's why I thought today we could pick apart what makes these stories so great and highlight the elements of a great suspense story.

Have a lovable protagonist. I know that must sound weird but think of every suspense/thriller you've seen. The main character has something he/she is trying to work out, work towards, find or resolve. If a reader can relate to the protagonist on some level, she'll want keep on reading. She'll be rooting for the character right to the end. That's what you want. So create a lovable character, with regular human flaws, that readers can (and want) to relate to.

Create a problem. In suspense, the main character always has some sort of problem or is searching for...something. Introduce that problem early on, then dangle it a bit throughout the rest of the story--keeping it close but not right in the picture. That brings us to the meat of the story...

Throw a monkey wrench or two in the mix. Good grief, you can't make it easy for your protagonist to resolve her problems or it's going to end up being a super short story! One of the arts of suspense is chucking a few extra mini-problems in there for your main character to have to deal with along the way. That just keeps things interesting.

Keep 'em guessing until the end. Alongside those monkey wrenches you need to have your character go on a few twists and turns too. While the wrenches represent a few extra hurdles your character has to jump over or dodge, the twists and turns are the extra forks in the roads she'll have to follow to get to where she needs to be. Don't make it easy for your readers. Make them work for that ending.

Tap into those senses. When I read Stephen King's, It, I was completely terrified. Seriously. I don't think I slept the entire time I read it or for weeks afterwards, and I kept right on turning those pages. Do you know why? Because Mr. King knows how to pull his readers into his stories through our senses. We see the world's he's created. We smell the foul odors or the blood so intensely we're gagging along with the characters. We hear every little noise. We feel the humidity or the cool touch or the light breeze or whatever he's setting up. And we don't just sense those things while we're reading the book, they're around us long after we've closed the cover. That's utter brilliance. He knows how to tap into our senses so deeply that we just can't shake the story off after we've read it. That's what you need to do. Put yourself right in your story and breathe it all in, then have your character show it to your reader.

Make dialogue short and sweet. As a reader, author and editor, I can tell you there's nothing more irritating than dialogue that bogs down a story...well, except maybe too much narrative. Dialogue is very important to a story but keep it flowing. Think of how real conversations go, don't clog it up with unnecessary beats or tags and just let the characters say what needs to be said and nothing more.

Have an ending that knocks it out of the park. You don't necessarily need to have a fuzzy, happy ending (I don't always) but you need to have one that satisfies the reader and ties up most loose ends you've created in the current story. If you're planning to have a sequel, then it's good to have a couple of questions left unanswered. That's how you get people coming back for more.

These are just a few things to bear in mind when delving into your next (or first) suspense manuscript. I'm off to edit my upcoming YA paranormal suspense, DARK WATER. I might have to print off my own list as a reference. HA!

Any suspense/thriller writers out there? Share you're own tips here!