Pick Me, You, Her or Him! Personal Pronouns and Point of View in Poetry 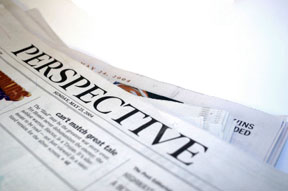 It’s so easy to slap a subject down and jump ahead to the snazzier adjectives and dynamic verbs. Yet, point of view can make an enormous difference in a poem’s development and also impact the way readers approach your work. Let’s look at the three points of view—1st, 2nd, and 3rd—and how each pronoun choice molds your poem.

Of all the pronouns, I is most immediate. Since an author’s personal experiences often trigger the rush to the page, it is only natural that many poems have their genesis with an I speaker and continue in that vein. The Confessional School of poets in the 1950s and 1960s, a la Sylvia Plath and her one-time teacher, Robert Lowell, freed the way for ample use of I in lyric and narrative poetry. It is worth noting, however, that even poems with a first-person narrator may not 100% reflect the experiences of the writer, but may include as much fiction as a third-person point-of-view. An example of a first-person narrator removed from the poet’s experience would be a female poet crafting a poem from the perspective of a father. As a creative artist, it is within your skillset to assume a persona.

Advantages of Ist person: it is compelling and has the power of a strong personal or character voice.
Draw-backs: can sometimes become self-indulgent, and it is difficult to create enough distance from the material to pick which images, similes, or metaphors should or should not be included.

Second person, you, may be read several ways. A you subject may address the audience directly. Or it may be used like “one,” to note universal human experience. Also, the you might be an unnamed, absent character who receives the unstated questions and actions of the poem, such as when an employee addresses her boss, “you always made me work/ overtime,” or when a friend addresses another friend who has betrayed him.

Advantages of 2nd person: great for drawing readers into the poem’s action. A comfortable form for most writers, especially for comparing or contrasting two characters’ behaviors.
Draw-backs: with certain themes—political topics, religion—may alienate readers by having too accusatory a tone.

“The advantage of the third person is that it gives both the poet and the reader some personal space from the action of the poem....This can create breathing room to write things you might not otherwise feel comfortable expressing,” Sage Cohen notes in Writing The Life Poetic. It is difficult, if not impossible, to write objectively about a painful or joyful personal experience. Third person narration encourages honesty as well as trimming unnecessary phrases and lines. The obvious drawback, however, is that the third person may appear too dispassionate or dull.

Try this exercise: swap one pronoun for another in a draft. How does that affect the poem’s tone or theme and your approach to it? Switching pronouns may inspire new ideas and make it easier to edit parts of the poem which are not as compelling. 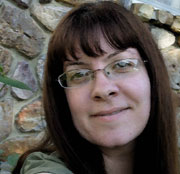 Melanie Faith is a poet, essayist, and photographer who holds an MFA from Queens University of Charlotte, NC. Her writing most recently was published in Mason's Road (Winter 2012 issue) and Origami Poems Project. Her photos were published in Foliate Oak (May 2011), Epiphany Magazine (October 2011), Up The Staircase (Fall 2011), and Ray's Road Review (December 2011). Her poetry was a semi-finalist for the 2011 James Applewhite Poetry Prize, and an essay about editing poetry appeared in the Jan/Feb 2011 issue of Writers’ Journal. In 2011, her poetry and essays was featured in Referential Magazine (July and June 2011), Tapestry (Delta State U., Spring 2011), and Front Range Review (U. of Montana, Spring 2011). She has been nominated for a Pushcart Prize. Her work won the 2009 Anne E. Sucher Poetry Prize for the Iguana Review.

Join Melanie's latest WOW! Women on Writing class:
DIVING INTO THE ORDINARY: POETRY WORKSHOP,
a five week course starting on Friday, April 13, 2012.
This class is limited to 10 students and early registration is recommended!