What Chekhov Knew about Sitcoms 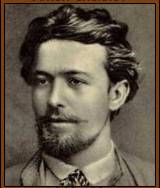 His heyday was long before the advent of film and television but I often paraphrase Anton Chekhov whenever an aspiring screenwriter suddenly throws a contrivance into the third act that had nary a passing reference in the first or second. The objective is always the same: to try to jumpstart a floundering plot with a last-ditch surprise in order to keep it from dribbling off with a whimper. What’s interesting is the correlation to TV series that – when faced with a waning (or yawning) audience – will do almost anything to stay on the air.

Is there a TV idea up your sleeve that’s just itching to be written? If so, you'd do well to first heed this quote of advice from a playwright ahead of his time: “Any idiot can face a crisis – it’s day-to-day living that wears you out.”

There are three major differences between crafting a plot for the movies and coming up with a marketable premise for episodic television.

The first is that a movie is a stand-alone product that delivers an entire story in the space of 120 minutes or less. In contrast, a TV series is a succession of weekly installments that – if the ratings are good – can unfold over the course of multiple seasons. As is often quipped about M*A*S*H, for instance, the series actually lasted eight years longer than the Korean War it was depicting.

Secondly, movie characters are forced to take actions predicated on reward, revenge or escape in response to a major external conflict that has placed their lives and hearts in jeopardy. This meets the criteria of a character-driven tableau in which it’s the players themselves who push the storyline forward to resolution and, in doing so, experience emotional growth. In contrast, TV sitcoms are plot-driven wherein random acts of weirdness keep occurring that everyone predictably reacts to on the basis of their internal angst. Accordingly, they never evolve past whatever traits they projected when first introduced in the pilot episode. The exception? Finally declaring their feelings for the person we the audience have known they should be with from the very beginning.

Third, movie protagonists often have bigger-than-life jobs that the rest of us wistfully envy. They’re archaeologists, scientists, adventurers, spies, pirates, etc. While TV drama personas often embrace occupations such as detectives, doctors and lawyers, the career paths of TV sitcom characters are more mundane - waiters, office workers, teachers, servants and political lackeys. (On the plus side, however, the majority live in New York apartments that are larger than any flats inhabited by heroes on the silver screen or, for that matter, anyone who actually lives in New York.) Since there are only so many workaday scenarios that can revolve around ordinary people in ordinary settings, the chances for them to shine are limited. You can always tell a sitcom is sliding when its main players suddenly take a trip to Hawaii, Europe, or go on a cruise; it’s their day-to-day living that has driven them – and us – to the brink of boredom. 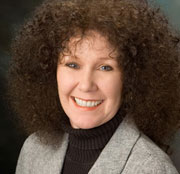 Former actress/director Christina Hamlett is a professional script consultant and ghostwriter whose credits to date include 26 books (3 of which are on the craft of screenwriting), 141 plays, 5 optioned features, and hundreds of articles/interviews that appear in trade publications throughout the world. She is also the screenwriting editor of Writers Journal, and has conducted workshops on scripts and the performing arts for over 30 years.


Christina's's new online class for WOW! Women on Writing starts on Monday, February 6, 2012! Sign up now for HOW TO WRITE A TV PILOT: An Introduction to the Craft of Creating a TV Show while there's still space available. For details and enrollment, visit our classroom page.
Marcia Peterson at 12:01 AM
Share