Fifty is a big number for lots of things: money found on a messy desk, the number of miles to drive to go shopping, the number of grandchildren some people in New Mexico have, the number of M&Ms I can consume at one sitting, and the number of years some folks have been married to the same person. That last one refers to my sweetheart and me!

In April, before our fiftieth anniversary (December 17), I decided to write a gift for Frank, my hero. It had to be a surprise, and I knew keeping it a secret would be difficult, to say the least. Frank thinks that every time I’m writing on my computer I’m either communicating with friends on Facebook or writing e-mails. Little did he know, as I sat about three feet away from him while we were watching TV, that I was writing a book called Married to My Hero, right under his nose! In all of those eight months, he never asked what I was doing. Not once!

Several friends edited for me, including Melanie Faith, my teacher for the WOW! course Translating a Life, to whom I submitted one chapter as the essay of the week. All authors need editors, and I had wonderful ones.

Since we have lived in only four cities/towns in fifty years, I organized the book by place: Clinton, MS; Pascagoula, MS; Pensacola, FL; and Cerrillos, NM. The book would be a history of our lives together, beginning with when we met and ending with where we live in our retirement years.

Sometime in August, I gave myself permission, though, to write only about Clinton and Pascagoula. Too much has happened in our lives for me to be able to finish and publish by December 17. I was determined to give it to him at the grand party that our daughter had planned for us. I finished my manuscript early in November, and Wendy, our daughter, finished uploading it to Blurb and inserting lots of photos and other memorabilia that we had saved through half a century by the first week in December. The book arrived on December 14 . . . ah, three days before the big event, quite an accomplishment for all of us Youngs, who are notorious for last-minute finishings.

I had my doubts as to Frank’s being surprised; however, when I presented it to him, I knew that he hadn’t a clue. He loves his gift and is reading it each night before he turns out the light. I’ll write about Pensacola and Cerrillos in 2012 and will have the luxury of asking Frank to help me remember details. Several times, I almost slipped and asked him to help me remember things while I was writing this year. That would have been disaster for my secret.

We’ve begun our next fifty years (HaHa!), and Frank is still my hero. Always has been, always will be. 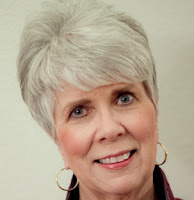