A new store just north of town, designed for writers, opened up this week. The size rivals IKEA, with rooms filled with every imaginable writing tool and solution, definitely at least a day trip. I needed to tie-up two subplots that had gotten kind of knotted. So, I set out to explore Writers Ultimate Solution.

The first floor opens to grammar, punctuation, anything basic. The second caters to all aspects of non-fiction: science, nature, current affairs, blog advice, and cooking. It holds a full-service cafeteria. Just to make a writer feel at home, a dietician sits next to the cashier and hands out rejection slips to those folk whose trays lack adequate nutrition.

The third floor is the poet’s friend. In fact, on the day I arrived, WUS had a three-metaphors-for-the-price-of-two sale, going on. Unfortunately, as it often is with sale items, two lines would fit, but add the third and it sounded like something out of a 1960s Beatnik coffee house. I guess I could use the lines in three different poems, but I didn’t want the cashier to think I was on drugs.

The fourth floor, the most crowded, specialized in fiction, just the section I wanted. It also looked and felt more like a circus. Clowns somersaulted from room to room. The Red Pony dropped something of himself in the hallway. And Curious George kept trying to lead me to the children’s section. “Another day. Another day,” I told him. Guess there’s a good reason why he has been around since the 1940’s. Signs in every room read: The fiction writer’s job is to entertain. The top level of WUS has been designed to stimulate your creativity. Instead, I got a migraine.

A door at the end of one hallway read: Excuses. By this time, I thought it didn’t seem like such a bad idea. Fortunately, I looked inside before I took a step. A cold breeze provided the first hint; there was no inside. It led to a mud pit at least six feet below.

“Our boss’s little joke,” an employee said when I backed into Moby Dick, not Ahab, the book’s main character. I was caught by the whale.

I ended up buying three ball point pens, and a half dozen semi colons that will only apply themselves in the best-suited places—and I got them at a double-markdown price. Interesting that items were marked down so soon after opening. Hope that’s not a bad sign. Maybe it’s a good thing I didn’t grab one of the dollar-mystery-bags, probably full of adverbs. My story still sounds like it was written inside a blender. Guess I need more than a super-store. 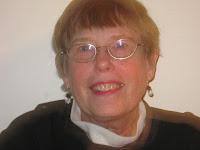