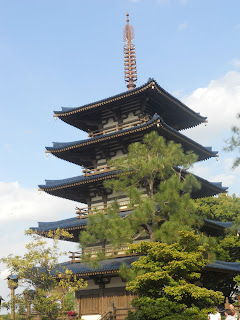 Sight is overrated. As writers we often have a "movie" playing in our head of what our novel looks like. So we simply describe it: what the people, places and things look like. Although that does great when we're swiftly moving through a first draft, if we simply leave it at that we're cheating our readers and cheating ourselves.

Because we can do better.

We all learned in our earliest school days that there are five senses: sight, hearing, taste, smell, and touch. Too often as writers we rely, almost solely, on sight in our writing. It's time to delve into the other senses. They offer ways to tell readers more without resorting to descriptive cliches.

According to scientists, we attach an emotion to each scent we identify. As writers we can use "negative" and "positive" scents to reinforce the mood we're trying to create in a scene.

Betty's waking up in two very different rooms, isn't she? And all because of an odor.

What our characters see is often controlled by another character, but we can sneak in information they weren't meant to learn with hearing. Information perfect for someone tracking down a murderer or a foreshadowing of a future event.

As they sipped coffee from fine china in the sitting room, George heard muffled shouts coming from below.

As they sipped coffee from fine china in the sitting room, George could hear the sweet murmur of a lullaby just outside the French doors.

Each sound creates a different question for George. Who is shouting and why? Who in the family has the baby no one has mentioned?

The sense of touch often gives the reader information they could have just as easily gotten from sight, but isn't it nice to have a bit of variety in how we discover information?

Although his navy suit mirrored the uniform of every one else at the firm, he offered a brown calloused hand for Edward to shake.

Although his navy suit mirrored the uniform of every one else at the firm, when Edward shook his hand it felt like a used Brillo pad in his hand, scratching at his palm.

Using touch can turn a blah, predictable description into something more memorable.

Taste is a bit tougher to incorporate into your descriptive bag of tricks. How often can your sense of taste tell you something that your eyes can't? But the different tastes: sweet, sour, salty, bitter can be used to reinforce the mood of a scene.

As the room fell silent after her last remark, Susan sipped from her glass enjoying the sweet refreshment of the fruity punch.

As the room fell silent after her last remark, Susan sipped from her glass grimacing at the burn of the whiskey as it tumbled down her throat.

Did Susan enjoy the snarky remark that silenced the crowd or does she wish it had been left unsaid? Taste can give us a subtle hint.

Next time you're editing a draft use different colored highlighters to determine how much you use each sense. Chances are you're neglecting several and turning to that old favorite: sight. It's time to close your eyes and explore the world using your other senses.

Often it helps to literally close your eyes. How can we introduce hearing, smell, touch and taste to our readers if we aren't fully aware of them ourselves? Try sitting in your favorite spot for five minutes with your eyes closed. What do you hear, smell, touch, and taste that you never even noticed when your eyes were running the show? Use the five minute trick when visiting places that make an appearance in your writing. Although if your character commutes to work everyday on the freeway, bring along a designated driver! Friends don't let friends get in touch with their underutilized senses and drive at the same time!

Try it with the Pagoda photo. Can you describe it using senses other than sight?


Jodi is working on a novel that involves the sound of heavy breathing, the smell of sweat, and the feel of hot car upholstery on bare skin. It's not what you think...the characters are long distance runners. Stay tuned for further developments at http://jodiwebb.com. If you're interested in a WOW Blog Tour, contact Jodi at jodi@wow-womenonwriting.com
Jodi Webb at 4:39 AM
Share