Friday Speak Out!: Making It Into the 2011 Amazon Breakthrough Novel Contest, Guest Post by Cynthia Watson

Making It Into the 2011 Amazon Breakthrough Novel Contest

I haven’t won a lot of prizes in my life, which is surprising, given my Irish heritage. They say the Irish are an especially lucky lot, but not this Irish girl. I remember winning three small items in my entire life. I recollect winning a beige coloured, plastic statue of the Virgin Mary at St. Gabriel’s grade school — grade three, I think — where I came in first in an all-day spelling bee. I was absolutely desperate to get that statue, and I did. Then, there was the time when I won a multi-coloured, crocheted doll at Loretto Abbey Secondary School (yes, I’ve been surrounded by nuns my whole life, but that’s another story!); for what, I can’t exactly remember. I believe it was just a random draw. I also won a gallon of whiskey at a Junior Board of Trade dinner, but gave it to the man who gave me the ticket for the draw.

So, you can imagine, I was beyond thrilled when I actually won a spot on the 2nd round list of the 2011 Amazon Breakthrough Novel Award Contest list.

I entered my Young Adult Paranormal Romance novel into the contest in February of 2011. I had just completed some final edits on WIND, and figured I could use the publicity and recognition to acquire a much-coveted literary agent.

I began writing WIND in April 2009, and completed the first draft four months later. Then, I promptly made the mistake of querying a handful of literary agents too early — as many new writers do — but was happy when I received several requests for “partials,” and a couple of “fulls.” One request was from a new, young, hip agent who took me under her wing, and gave me some invaluable editing advice. In the end, she didn’t offer representation, but still, I will always remember her kindness to me.

Then, I saw the call for submissions for the 2011 Amazon Breakthrough Novel Award Contest was between January 24th and February 6th. With much trepidation, I decided to enter. I created an Amazon account, and uploaded the entire manuscript (the Manuscript had to be a novel between 50,000 and 150,000 words; WIND is 77,000 words). I also uploaded an excerpt, and a 300 word pitch, as per the contest rules, crossed my fingers (and yes, I said a few prayers), and hoped for the best.

The way the contest works is, they accept 5,000 entries in each of the two categories:

1. 5,000 entries for General Fiction (general or genre-based literature primarily intended for an audience of readers who are age 17 and older), and

2. 5,000 entries for Young Adult (general or genre-based fiction primarily intended for an audience of readers age 12 to 16).

Next, they whittle each list down to 1,000 entries which move to the second round, based on three criteria: Originality of idea, overall strength of the pitch, and the quality of writing.

I waited, quite impatiently, for February 24th, the date picked for the announcement of the entries moving to the 2nd round. Not really believing WIND had a chance, I was dumb-founded when I opened the PDF list, and saw among the 1,000 entries in the YA category, “WIND by Cynthia Watson.”

I was beyond excited! I must have opened that list ten times, to show co-workers, friends and family. I emailed everyone I had ever met, including my new writer friends. Needless to say, everyone was thrilled for me, and quite impressed. I received many congratulatory emails, and was on a “writing high” for many days. I promptly changed my profile on Twitter, and my writer’s blog to include my newly acquired credential. After two years of considerable doubt, this was the “sign” I was waiting for; I was really meant to be a writer!

The next date of significance was March 22nd, when the list of top 500 quarter-finalists was announced. I have to admit, I was disappointed when I scanned down to the “W’s” and didn’t see my name. I also have to confess that I looked more than once; just to ensure I wasn’t missing my name.

Okay, so I didn’t make it to the quarter-finals, much less win, and yes, it took a couple of days to get over the disappointment, but as time passed, I realized how lucky I was to have made it as far as I did. Overall, I’m glad I participated in the 2011 Amazon Breakthrough Novel Award Contest, and highly recommend other debut writers to do so in 2012.

When I first starting seriously writing, I read everything I could get my hands on about the publishing industry, and I was well aware that the highs and lows are all part of the journey, and one must take the bitter with the sweet. I’m still in the query process for WIND, while writing the second instalment of the trilogy, SAND.

As I write this, I have two very high-profile agents looking at the entire manuscript. 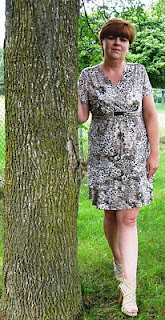