Queen of the Nice Rejection Letter


I laughed at Jackie Bouchard’s post, “Could you please beat me with this rejection letter?” She bemoaned her “thin skin,” which, if it helps, doesn’t appear to be that thin at all.
My problem is just the opposite. The rejections I’ve been getting for Hollywood and Catholic Women have been the nicest rejection letters I’ve ever received. Several editors took the time to pass the proposal along to colleagues or provide information on other university presses for me to contact.

I self-published the original work in 2003 and for the 2nd edition I decided look for an academic publisher so the work could be used as it was intended – as a textbook. I’ve sent out over 25 book proposals and the results have shocked me. While I haven’t found a publisher yet, I can’t get over the fact of editors taking a few extra minutes to send me another possible lead. One editor sent me a combination of two lists – one for university presses with strong film programs and another covering Catholicism. From those I got another half-dozen presses to contact.

Before long, I realized I had become the “Queen of Nice Rejection Letters.” That, of course, begs the question, Are university presses different? Probably not, as one thing I’ve heard repeatedly is that university presses are very limited in the number of books they publish, even more so than larger publishers.

I’ve kept track of every rejection letter, and I recommend all authors do so as well. Not because you want to see how much pain and rejection you can endure, but because those editors may be worth contacting in the future. For example, every editor that has sent me a positive rejection, in other words did something more than simply say “no” will receive a signed company of the book, no matter who publishes it. I want to accomplish two things – say thank you to the editors nice enough to give me the time of day, and get the completed book into the hands of as many interested people as possible.

Like Ms. Bouchard, I’ve had trouble with rejections in the past, feeling as though my skin was pretty thin – more onion skin than flesh. But I have found a solution, at least for me. Instead of beating myself up, (or having someone else do it for me) I log each letter and then I shred it. There is deeply satisfying feeling at hearing the whir of the shredder blades slice up the rejection letter. It gives me a sense of control in the process and I know that I have the strength to keep writing, rejection letters nice or not-so-nice be damned. 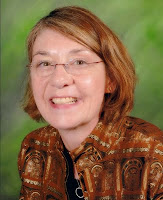 Kathryn Schleich is the author of Hollywood and Catholic Women, published through iUniverse in 2003. She is currently working on a 2nd edition.