For years, I always ate lunch with my co-workers on Mondays. That was our time to connect and share what we’d done over the weekend. On one particular Monday I didn’t have anything special to share -- or so I thought. But as I recounted the shift I’d worked at my part-time job as a domestic violence counselor, I realized that my story might be of interest to more people than just the co-workers sitting around our table.

One of the males in our group, Scott, asked me what I actually did at the shelter. I told him that I managed the shelter during my shift, making sure that everyone was safe and doing what they were supposed to be doing, whether it was household chores or getting to social service appointments. I did intakes on women coming into the shelter, or departure interviews on those who were leaving. And sometimes I answered the crisis hotline, which I’d done over the weekend. But I hadn’t had an actual crisis call, just another obscene phone caller.

“Really?” he asked. His mouth hung open and his eyebrows nearly touched his hairline. Apparently this was news to him.

I nodded. “We get prank calls and obscene phone calls all the time.”

Scott sat back in his chair, a look of astonishment fixed to his face. “Really?” he repeated. And that’s when I knew – here was a story I needed to write. A tale that needed to be told.

Somewhere in my reading past a writer gave this advice: when you are recounting a story and someone interjects the word “Really?” you know you have a story.
That word should be a writer’s cue that the statement he/she has just made sparked interest in the listener. The speaker has just relayed something incredible, incongruous, new or provocative that the listener wants to know more about. Like the sad fact that crisis line workers often get pranked with obscene phone calls. It’s part of the job, but I hadn’t realized that there was a story in that until I heard Scott’s reaction to something I’d taken as routine.

Now I often use the word "really" as my litmus test. If I begin a story or tell the premise of a story and hear that goldmine of a word, I know I’ve got a story idea and a potential audience. Really! 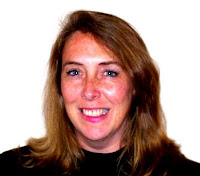 In addition to raising a family and working many different jobs (including one as a domestic violence counselor), Juliann Wetz has been writing for more than 20 years. Her work has appeared in magazines such as Highlights for Children, Boys' Life, Cappers, Good Old Days, Child Life, Reading Today, Dog Fancy, and 50+. In addition, she wrote restaurant and book reviews for the Cox Newspapers of southwestern Ohio.