This winter Vida: Women in the Literary Arts published some interesting statistics concerning the inequality of publications among men and women in several major literary publications. Whether you write literary fiction or not, it’s worth looking at because it raises some interesting questions about the behaviors of women writers versus men, and can be as inspiring as it is depressing.

Clearly men are being published in greater number than women, so the obvious question is: Are editors truly male biased, or is something else going on here? Can there really be this much disparity in today’s publishing culture?

In a response to Vida’s statistics Tin House editor Rob Spillman blogged, “Male authors, in the face of rejection, are much more likely to submit more work, (and sooner) than their female peers. This is true even when the female author is explicitly requested to send more work.” What Spillman’s response suggests is that it may very well be less about editorial bias than simply about submission numbers. If women aren’t submitting as aggressively as men and there are fewer submissions by women, it stands to reason that we’re likely to be published less often. Sounds obvious enough, but is this really the case? Are we, as women, placing ourselves at a distinct disadvantage by distrusting our work and not submitting enough or responding to requests for more work? Are we self-discriminating because the number of submissions it can take to get a piece published simply overwhelm us?

For any writer, male or female, it is worth looking at our level of confidence in our writing and our commitment to getting our work out. Crafting an exceptional story is hard, but being dedicated and thick-skinned enough to understand that rejection is simply part of the process of publication, and not necessarily a commentary on the writing, may actually be harder. Are we up to the challenge on both fronts? Are we ready to push back against the statistics by putting fear aside on the basis that our work is just as good?

I hope so. I know I have been guilty of being too careful, nervous, or hesitant with my submission strategy. I’ll admit it. I am nothing if not completely insecure, and I know that it affects my ability to get my work published. I have been that woman who receives a kind rejection asking for more work and puts it aside, thinking, “someday I’ll have exactly the right piece for this one, but not now,” or “I’ve been rejected three times in three years. They just don’t like my work.” I know I shouldn’t, but I do take rejection personally. I feel all those terrible things: disappointment, frustration, embarrassment, shame. Why? I don’t know. Maybe it’s hard-wired. Maybe I’m self-defeating. However, I thank both Vita and Tin House for sharing these statistics and being so open about what is going on beyond my computer screen in the larger world of literary publishing. I hope we can all learn something from it, and press on with a renewed sense of purpose and optimism. 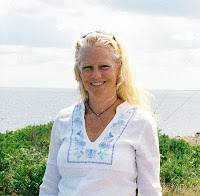 Christina Kapp is a mom, writer, and occasional triathlete who leads the New Jersey Writers Society's Franklin Chapter. Her fiction, poetry and essays have been published in numerous journals and anthologies, most recently Chicken Soup for the Soul: Runners, apt, and Best of Eclectic Flash 2010. She blogs at: http://booksandcrayons.wordpress.com.
~~~~~~~~~~~~~~~~~~~~~~~~~~~~~~~~~~~~~~~~~~~~