Friday Speak Out!: Getting from Here to There, Guest Post by Angelica R. Jackson

Getting from Here to There

Our critique group has been meeting for over a year now, and we've each had to deal with the realization that we entered the group with the idea that our manuscripts were Here (shows fingers about 2 inches apart) when they were actually There (holds arms out as wide as possible. Or points to a spot across the room. Or unfolds a map and draws a dot miles from the current position.)

In the dark ages before the group, we had each worked on our books for years (some of us nearly a decade) and were convinced that our stories were this close to being finished/publishable. That they were as good as we could make them.

Once we formed our group, we arrived flush with excitement, expecting to hear, "This is perfect! I'll bet this will be snapped up by a publisher or agent!" But instead, we heard, "The character's motivations are just not believable" or "We never really know how the character feels about all the things happening around her" (both examples applied to mine).

In other words, the writing "just wasn't there yet." And for each of us, you could see it in our faces--the crushing realization that there was still a lot of work to be done. We thought we were Here, when we were actually nowhere near There.

We went home and processed all the suggestions (and some of us fessed up about having a good cry about the whole thing) and the scale of the changes was nearly overwhelming. But once you've grieved for your idea of perfection, you're faced with a decision--will you quit now, or keep at it, and keep growing and learning?

For me, I needed to set the project aside for awhile to come back to it with fresh eyes, but giving up on the potential of my story just didn't sit right. I believed the idea was sound, that it was the execution that needed work. So I worked some more, and lo and behold I'd learned a few things in the meantime and the manuscript got better (and still is getting better). But once I'm past a roadblock it's exhilarating, and I see the road open up in front of me.

But you want to know a secret? No matter where you are in your writing career, you go back to the starting line for each and every project. You may have learned a few shortcuts that get you on the expressway, but at some point you're going to realize your writing is not there yet. Whether a beta reader calls you on your unresolved issues, or you've signed with an agent and she has a list of rewrites. Or an editor needs you to cut 5,000 words.

It's going to come up again. So just learn to appreciate it as part of the journey. That's not to say you won't occasionally hear, "Are we there yet?" from the back seat—so make it a motivator. 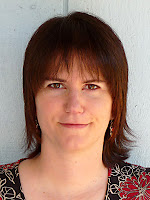 Angelica R. Jackson took 3rd place in WOW! Women on Writings Spring 2010 Flash Fiction Contest with her story, Ebb Tide. Current projects include a young adult novel, poetry, children's picture books, and more short fiction. Keep up with her latest writing news at her blog, http://angelicarjackson.blogspot.com/ and her art at http://www.angelicarjackson.com/ . In her spare time (ha!), she has started a blog for Fat Kitty City, a sanctuary where she volunteers, at http://fatkittycitynittygritty.blogspot.com/ .


Would you like to participate in Friday "Speak Out!"? Email your short posts (under 500 words) about women and writing to: marcia[at]wow-womenonwriting[dot]com for consideration. We look forward to hearing from you!