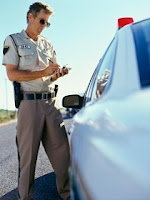 
We’ve all been there. You’re driving along in your car while listening to music and mentally going over your grocery list on your way to the supermarket. Next thing you know, a siren overpowers the sound of the radio and you find yourself being pulled over. You were speeding, and you weren’t even aware of it. It’s as easy for a writer to make a critical POV mistake as it is for a driver to drift over the speed limit, and these POV errors can compel an editor or agent to reject what may be an otherwise beautifully crafted story. Here is a list of the Top 10 POV-related mistakes to avoid:


1. Writing from the wrong POV

Oftentimes, an author will choose to write a 1st person narrative for a novel that needs the flexibility of 3rd person. The result is a novel that feels claustrophobic.

It’s also possible to choose the wrong character’s POV. Sometimes the “main” character isn’t the best person to narrate the story. Think how shallow The Great Gatsby would be if it were told from the POV of Jay Gatsby himself instead of Nick Carraway.

2. Using an omniscient narrator instead of a specific POV

This is the “God-like” POV, in which the narrator let’s us in on the thoughts of nearly every character. This style may have worked for the Victorian novelists, but is rarely used in contemporary literature.

3. Not letting POV color other elements of your story

If you’ve created intriguing characters, let them “tell it like they see it.” When characters put their spin on a scene, they pull the reader into their world the way a great storyteller holds an audience spellbound. Passages that aren’t appropriately filtered through a character’s POV will lay flat on the page.

Real people don’t use “I thought,” when they think something, so don’t let your characters do that. You need to move seamlessly into and out of a character’s thoughts.

5. Relying on POV, and not much else

Having a well-crafted POV is important, but so are structure and plot. Don’t let POV overtake these, or your readers will feel like they are stuck with the narrator against their will.

That means hopping from one person’s mind to another within a scene. This can get really confusing for readers because they won’t know whose scene it is. It’s kind of like being at a party where everyone is talking over everyone else and you can’t follow the thread of any one conversation. This practice is also disorienting and takes the reader out of the “fictive dream” you’ve created.

When a story is told in first person and that character is sitting in a restaurant, she can’t describe to us what the character sitting behind her looks like. Furthermore, she can’t know another character’s past unless it was revealed to her within the text. So if you need these details to further the plot, let your character discover them.

8. Writing scenes with no POV, or from the POV of “they”

Reading a scene with no specific POV is like mounting a video camera on a tripod, setting it to wide angle, sticking it in the corner of a crowded room and then walking away. You end up with a jumble of activity in which you don’t know who to watch or what you should be focusing on. And worse, the result is just plain boring. Writers will sometimes try to cheat their way out of this by writing “They thought a retirement party would be a great send-off for their boss.” Who’s they? There is no “they,” because characters—and people for that matter—do not all have the same thoughts.
9. Using too many characters’ viewpoints

This not only muddles the plot and gets readers confused, but dilutes the main character’s experience. Ideally, limit your POV characters to the smallest number you can get away with and still tell your story effectively. Remember, POV is a choice made by you, the writer. Know why you think your readers need another POV. And know why you’re making the choice.

10. Mistaking your own voice for the voice of your protagonist
This is especially true if your protagonist’s life has some similarities to yours. You can end up writing a version of yourself that’s far more limiting, and inevitably less interesting, than your main character. 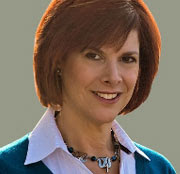 Diane O’Connell has been a New York publishing professional for 25 years and has worked as an editor at some of the top publishing houses, including Random House. Since forming Write to Sell Your Book, she has helped dozens of writers become published authors—including a first-time novelist who got a $500,000 two-book contract from Bantam after working with her. Diane is also the author of five traditionally published books, including the groundbreaking, critically acclaimed Divorced Dads: Shattering the Myths, which was the subject of a 20/20 report by John Stossel. Her mission is to help authors develop their talent and improve their skills so they can achieve their dreams of publication.


*** . Diane is also a WOW! Women on Writing Classroom instructor. Sign up for her online course, MASTERING POINT OF VIEW, which starts on Monday, January 10, 2011.  Early registration is recommended, so get your spot now!


***  For information on all of our current classes, please visit the WOW! Women On Writing Workshops & Classes page. WOW! classes are an excellent way to further develop your skills, or to try your hand at something completely new!
Marcia Peterson at 5:00 AM
Share