P.O.V.:The Magic of One, Two or Three 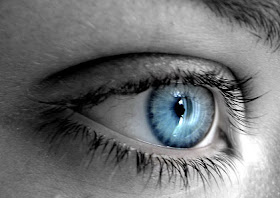 Three people. One event. Three points of view. All three vary because, face it, each person keys in on certain sensory details that stand out or appeal to them. Each person brings past experiences to the situation and formulates an opinion or perspective based on those elements.

The same principle surrounds point of view in storytelling. If you put insert-magical-number
characters in one scene, each views the action and reacts, based on individual instincts and quirks created by an author.

While some stories thrive from different points of view (and sometimes, alternating P.O.V. is a wonderfully successful plot device), many tales flounder because the writer hasn't investigated which perspective best fits or advances the storytelling.

Is there a magical formula that helps writers determine which point of view is best?

But distinct advantages and disadvantages of first, second and third person storytelling do exist. Let's take a look at each viewpoint and weigh the pros and cons.

First Person: The I, me, my, we narrator. It's the participant viewpoint, although the narrative doesn't have to be from a major character.

Second Person: The you narrator. Honestly, it seldom works. In my editing experience, I've never read a story told from this P.O.V. that didn't fall flat. That's not to say it won't work, but it's complicated.

Third Person: The she, he, they narrator. The most commonly used point of view, third person works so well because it feels like the reader and narrator share secrets. Readers become privy to information that the clueless characters don't understand. Now, you'll need to determine if an unlimited or limited presence works best.

Unlimited Omniscience uses any character to convey the story.

Limited Omniscience shows the thoughts of only a few characters, and most often, one character's thoughts equal a single scene or chapter.

No matter what story a writer is telling, it's important that the point of view is consistent. Too many voices, too many shifts in thought, too many disadvantages = a piece of writing that's dead on paper.

by LuAnn Schindler. LuAnn is a freelance writer and columnist. Read more of her work at http://luannschindler.com/.