Friday Speak Out!: The Naysayers, Guest Post by Holli Moncrieff

What's your reaction to the word "can't"? If someone tells you that you can't do something, do you believe him? Or does a stubborn streak kick in from out of nowhere, making you more determined than ever to prove that person wrong?

One sad fact of life is that there will always be naysayers in the world. When everyone else is encouraging you to dream big, the naysayer will point out all the reasons that your goals are impossible. And sadly, we usually remember the naysayer's words much longer than we will recall any positive feedback or encouragement. It's human nature.

But what if we can use the naysayers in our lives to motivate us? To give us that extra push to achieve exactly what they said we couldn't do? Wouldn't that be the best possible scenario?

Trouble is, sometimes plain old negativity is painted as helpful advice. When we're nervous or lack experience, it's natural to listen to The Voice of Wisdom. Here's a rule of thumb I've learned: if that wise sage is telling you why it's unrealistic/not in your best interest/too difficult/challenging/expensive/unnecessary to do something you really want to do, he's a naysayer. Even if it seems like he really knows what he's talking about.

I wish I'd known this when I listened to my high school English teacher, who told me I couldn't possibly be a psychologist, steering me towards journalism. Making writing my day job has been a move I've regretted ever since, but I was young and naive, so I thought my teacher knew better. Knew my own capabilities better than I did! I wouldn't make that same mistake today.

When I first started Making the Cut, I was excited. I shared the news with a fitness-minded co-worker, who promptly replied that it is very difficult for women to develop defined arms. This is something I've never had a problem with, so I was thinking that I could safely file that remark in the "Nothing to Do With Me" file, when my co-worker went on to comment, "look at you, for instance. Your arms aren't defined."

Ouch. Well, they certainly used to be. And they will be again! Rather than deflating me, her words inspired me. After most of Jillian's exercises, I've done extra work on my arms to prove my co-worker wrong. Is it silly to change one's behavior on the strength of an off-hand comment? Maybe, but I say there's nothing wrong with that if it inspires you to be better.

I was told by many a well-meaning local writer that I'd never get a New York agent. Well, I did. Yes, I had to terminate her services, but that doesn't mean I won't get another one when and if I need her/him. I've been told it would be easier to give up on my dream of being a full-time author. "Why don't you just publish your book with (insert name of small local non-profit publisher here)? After all, your first novel is not going to be a bestseller."

Oh really? Good thing Andrew Davidson never paid heed to that kind of crap, or he'd be collecting royalty checks for twenty bucks instead of signing million dollar deals. I'm not Davidson, but I don't intend to listen to it, either.

Let's face it: the most powerful, consistent naysayer of all is in our own heads. It's the nagging voice that tells us we're doomed to fail. Even the most confident among us struggle with self-doubt now and then...they just don't give into it.

The most obvious solution to the problem with naysayers is to surround ourselves with positive people, and distance ourselves from anyone who isn't. But that isn't always realistic. And sometimes, like in the case of my co-worker, an otherwise good friend can slip up and say something unintentionally hurtful. Instead, let's use the naysayers' words against them: as motivation to push us even closer toward our dreams! You know what they say: living well is the best revenge. And I for one intend to live extremely well. I hope that you do, too. 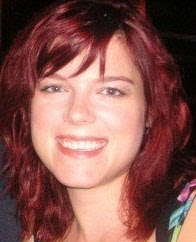 An award-winning writer, Holli Moncrieff has over twelve years of journalism experience. She has published hundreds of articles in national newspapers and magazines, including the Globe and Mail, Flare, and Chatelaine. Her blog, A Life Less Ordinary (http://www.thekickboxingwriter.blogspot.com/), is about her journey to publish a novel and compete in her first muay thai kickboxing fight.