Almost every day I hit the greenway in my neighborhood, earbuds in, for a two to three-mile run/walk. And 85 percent of the time, I have a true-crime podcast playing to help me pass the time. It’s probably not the best choice of entertainment for a solitary workout on a greenway, but I know I’m not alone in my podcast choices. It’s an addiction, an obsession I can’t break. I even attended a writing conference specifically geared toward crime writers at the beginning of August called MurderCon. It was fascinating.

During this conference (where the majority of attendees were women, I’m not gonna lie), we sat in classrooms unflinching as actual bloody crime scene photos played out on the screens in front of us. We heard tales of cases from former F.B.I. and ATF agents, law enforcement officers and forensic anthropologists.

I had my own therapist recently ask me why I thought I was so obsessed with true crime. I couldn’t really explain it to him, other than to say I felt like I’d dodged many unsavory characters throughout the course of my lifetime and I always wonder “what if?” After doing a little more research on this topic, here are three reasons I feel women (and female writers such as Ann Rule) are so fascinated by true crime.

It Teaches Us Situational Self-Awareness
I guess for me, the more I know, the more I can protect myself. When I hear stories of the various situations these crimes happen in, I make a mental note in my head. Each time I’m walking out on that greenway, my eyes are always shifting around me to keep my surroundings in check. I also don’t go out shopping alone at night very often, and if I do, I keep my keys in my hand and my phone in my pocket so there are no distractions.

It Gives Us an Adrenaline Rush
I’ve seen this mentioned in several articles. Hearing about these crimes and the capture of the criminals gives us a rush of adrenaline we can’t say no to. Think about how the runaway success of podcasts such as “Dirty John,” “Dr. Death,” and “Up and Vanished,” or the Investigation Discovery channel and the now re-branded crime-focused Oxygen network. We keep tuning in episode after episode, to hear the startling conclusions, and for me, this rush of adrenaline combined with endorphins from exercise makes for a combination I turn to each and every day.

It Gives Us a Glimpse of the Dark Side of Humanity We Can’t Explain
Bingo. For me, it all goes back to motive. I was listening to a podcast recently called “22 Hours: An American Nightmare,” and I couldn’t wrap my brain around what the convicted killer’s motive would be. I always want to dig deeper, to know why so-called “normal” people do these crazy things, and many writers feel the same way. Many of the short stories I write are based off actual cases and other writers do the same. Gillian Flynn, anyone? She was inspired to write the runaway hit Gone Girl after the Lacey Peterson disappearance.

I don’t think we’re all obsessed with true crime because we secretly harbor maniacal, murderous fantasies. I think the truth lies somewhere in between—we want to learn how to better protect ourselves, understand people better, and . . . of course, receive that addictive rush of adrenaline. 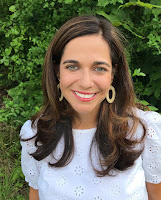 Renee Roberson is an award-winning freelance writer and editor who is one of the biggest true crime addicts you’ll ever meet. She wrote her thriller/suspense story, “The Polaroid,” after studying an unsolved missing persons case from the 1990s.
Renee Roberson at 3:30 AM
Share