Meet Jennifer Haskin - Author of The Key of F 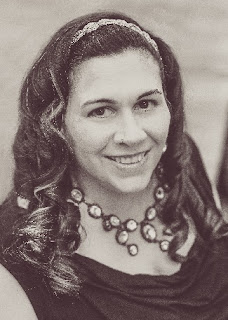 Jennifer Haskin is an author, and portrait artist who lives in Olathe, Kansas. She began working for The Corvisiero Agency in September of 2017, following a year at Metamorphosis Literary Agency. She assists in a Creative Writing workshop and runs weekly author writing groups. She is a member of Saavy Authors, RWA, Missouri, Kansas City, and Nebraska Writing Guilds. She has a B.S. from Friends University, but took her English coursework through the University of Missouri. Her debut novel, The Key of F, was named a winner in the Ink & Insights literary contest in 2016, and is scheduled for release May 8, 2018. She is seeking: Young adult literature, fantasy, science fiction, and dystopian fiction. (She is a suckered for romance, too.) She is drawn to faulty heroines with strong voices, real friendships, and super skills with a weapon. As well as a hunky love interest with a tangled plot of his own. Currently not accepting: screenplays, poetry, picture books, or nonfiction.

WOW: First of all congratulations on your forthcoming  novel, The Key of F! You are one very busy lady and apparently you are unstoppable. So tell us, what is your writing process and how do you make time for it? Do you have a space that inspires you?

Jenn: My home office is my place to be. I have a massage chair and everything I need there. I work on paper first, then type it into my computer. I am a “plantser.” I plan out my story by writing a scene or a piece of dialogue on each index card, then I put them in order and use a ring to hold them together. Then I just write, using my prompts, until I reach the next card and flip through them as I go. So I plan an outline of sorts, but I also write by the seat of my pants as I go through it, sometimes shuffling the cards or adding/ripping them out. Most of this is done after 9pm, when my family settles down for bed. When writing, I’m a night owl.

WOW: What role does social media play in your marketing plan for The Key of F? Do you have advice for other authors when it comes to social media, marketing themselves, etc.?

Jenn: Social media is used by most authors, I believe, to begin a platform. To gain exposure for your book and garner interest from your desired audience. Every follower is a potential sale. You must excite them, build relationships with your followers and be honest about who you are. Especially in the YA market, where teens can sense falsehood from a mile away. Gather your followers, show them who you are, tell them about your book, and when it comes out, announce it. Not only announce, but ask for readers, reviewers, have giveaways and contests. Aim all this toward your genre’s audience.

WOW: How do you find time to write when you have a family and busy schedules? How do you articulate your author needs to your family so they understand how important it is for you to concentrate? Advice for others?

Jenn: I have 5 children and a husband who all need me in some form or other. I have to communicate how important this goal is to me. It’s like my daughter’s theater, or my son’s music, or another child’s art, it’s my passion. They understand that. Not always when it’s leftover night AGAIN, or the house is a crime scene, and Mount Laundrymore has taken over the hallway, but that’s okay. People all make sacrifices in a big family like mine. Someone else, or several others, are needed to take up the slack. I work, too, so I try to be present after school and after dinner, but people start winding down, playing video games or talking on the phone, and I get out my work. Then after they’ve all gone to their rooms, my teapot comes out with my phone on “I heart radio” and I WORK. Sometimes, I laugh the next day when I can see the moment I fell asleep and my pen made several loops before going off the page. But if there’s a story in you that needs to come out, it’s all worth it.

WOW: How did you deal with rejection and nay-sayers? What advice would you give other authors as far as overcoming objections and rejection?

Jenn: An author friend of mine said to me that her life motto got her through, and I have adopted the saying, “Take no sh*t, but do no harm.” In other words, grow a backbone, don’t be a floormat, but keep your claws in at the same time. I like that. Stand up for yourself, do your best, and let it roll…

WOW: Who has been most influential in your writing career and how so? Also – how do you plan on giving back or how have you encouraged other up and coming authors?

Jenn: I was most inspired by Sarah J Maas’ series, Throne of Glass. It made me want to create new worlds, with new heroes, and lots of magic. I give back by being a literary agent and helping other authors get published. And if they don’t make the cut, I try to help somehow with a piece of advice, or just a friendly voice to guide them.

WOW: I understand you are part of Saavy Authors, Missouri and Nebraska Writing Guilds? What advice would you give for making the most out of a group, whether critiquing or networking?

Jenn: You can never network “too much.” Build relationships, in your field, in your genre, build connections with people who will read your work and be honest with you, get to know others who will exchange their work, people who will help with edits, and use conferences to pitch your book. As an agent, I do give consideration to authors I meet face to face. They have paid to show me their work and who they are. That takes bravery and passion for your work. I admire that. Conferences often have editors present, as well. Don’t knock on their hotel room door, but introduce yourself, and find out about their company so you can have your agent pitch to people you respect and admire.

WOW: I can’t wait to read this next book of yours! As a busy mom, you've inspired me to stop making excuses and get back on track - thank you!

Thank you so much for your time today and we can’t wait to hear more from you when The Key of F is released and hits bookshelves everywhere.

About The Key of F:

In an alternate history, in the Industrial District, we meet a teenaged girl named FALE. A Takanori warrior in training, she has been having visions. While at lunch with her friends IZZY and KERON, Fale intervenes with one of her visions, changing its course and saving her older friend Keron’s life. The certainty of her precognition begins to change.

Concerned, she confides in her guardian, NELSON, a college professor, regarding her visions. Nelson tells her that her late father warned him that she would inherit a gift of sight. Fale begins to wonder if the key her dying father gave her and instructed her to protect, has any connection to her visions. Keron, a young man with a biomechanical arm and leg who she is harboring feelings for, accompanies her since he was the object of the vision she changed. Fale also shares her story with LISLE, her best friend who is also an apprentice wizard. While at his place, she astral-projects and switches consciousness with a boy in an unknown location. The danger that she and Keron are in for changing her vision and cheating death, rises as men hunt and attack Fale and Keron, ransacking her apartment and accosting her at night.

Fale begins to research the Key of EFFAILYA thanks to books provided by Nelson. The books tell her that the key works with a machine that will set Princess Effailya’s subjects free from a place called Garrith, where they were sent by an evil wizard named GRYNDOLL as a revenge against Effailya's rejection of his marriage proposal.

The stakes continue to rise as Fale’s visions take darker turns, like Lisle being forced to take her key. The danger mounts even more when Fale realizes that Nelson is missing and has left behind a package for Fale and Keron with fake identities and a warning that she’s in danger. She also finds out
that on her deathbed, Princess Effailya used the last of her great powers to send herself to a new body- that eventually becomes Fale’s-and that Gryndoll’s great great great grandson, the wizard GASTEN, is the one who is seeking to destroy her and take the key. Keron, who frequents the Underground fighting
ring, finds out there that Gasten’s wizards are using the plant at night to turn criminals into machines, which are the same machines guarding the slaves in Garrith; also where they believe Nelson has been sent.

Amid protecting themselves and trying to come up with a plan to rescue Nelson, who may or may not have already been turned into a machine, Keron and Fale find their feelings for each other growing. Keron has rejected Fale in the past, as Fale’s friends point out to her, but working together brings them closer than ever before. Their relationship progresses past friendship as Fale acquires a tool to help her bring out her powers; things like healing, invisibility, disintegration, and readily switching
consciousness with a boy kept in Garrith.

Keron feels split between the two roles he is playing for Fale: both boyfriend and protector. He also feels inadequate next to Lisle, who not only harbors feelings for Fale, but is able to help her with his powers as a wizard. Keron gives in to his fears and ends their relationship. Both of them are heartbroken.

The story climbs to a peak when Fale is told she must travel to Everligne, an island she saw in one of her visions. Enlisting the help of Keron, Izzy, and Lisle, the story ends with the intrepid foursome setting out on the long journey to the sea.

Stocked full of romance, friends and enemies alike, suspense, danger, mystery, trust and distrust, and a young girl finding her way in a world that has changed radically ever since her father
passed away, The Key of F is the start of a trilogy that seeks to entice readers and root for Fale and her friends to not only save the people of Garrith, but also keep themselves alive in the process.


Find out more about The Key of F at Jenn's website:  www.jenniferhaskin.com