Is Your Writing Dating You? 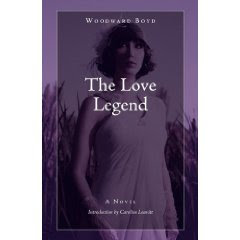 In a world where the latest “in” thing changes from month to month, if not week to week do you ever wonder if you’re dating yourself when you write? After all, it takes a long time to write an 80,000 word novel. Then there’s the process of finding an agent and publisher, going through the editing phase and finally getting your book into the stores. We’re talking years here.

So when readers pick up your brand new release and read a page about the main character’s obsession with the TV show “ER” will they wrinkle their foreheads in confusion? What about a scene that takes place in spinning class when absolutely nobody spins anymore? The word ‘awesome’? Will your trendy details have readers flipping to the copyright to see when this book was first published and surprised to find that it was this year?

I used to be obssessed with removing all the trendy details. Sure, you can get away with a few dated details but will too many make what was planned as a contemporary novel feel like a leftover from the 90’s? But now, after receiving an unusual email last week, I’m rethinking my decision.

The email was about The Love Legend, a novel by Woodward Boyd released in 1922. 1922! It is being re-released by Rvive Books(not a typo—only one “e”). Set in 1920’s Chicago the book is called “a literary time capsule” in the forward by Caroline Leavitt. Imagine if all the timely references had been deleted by an author worried about her book being dated? A romance floating in an indistinguishable time period it would have been interchangeable with every other romance story. Would it have survived to 1923, let alone 87 years to 2010?

I’m now convinced that each story should be firmly rooted in a year—trendiness be d#!5ed. The timely quirks will add to a strong storyline, making the book memorable. And isn’t that what we want? A timeless story with the power to capture readers for generations?

According to the forward by Caroline Leavitt:

“The Love Legend, set in Chicago in the 1920s, follows the lives of four very different sisters, each either following, struggling with or rejecting what their mother calls the love legend—a belief that somewhere out there is the perfect man who will somehow find you, and once you marry him, all will be hearts and roses. But don’t think this is the twenties version of chick lit or even a revamped Jane Austin tale, because Boyd is out to challenge the illusions of her age. She has bigger issues in mind, and the love legend only serves as a thread connecting them.

Written in four books, one for each sister, The Love Legend is really a story of four siblings with distinct personalities, each story set against the backdrop of 1920s Chicago. A literary time capsule, it wrestles with changing ideas about politics, culture, love, marriage and career. Each of the women—beautiful Ward, writer Dizzy, dancer Sari and traditionalist Nita—presents a differing argument about the right way to live, even as they all wrestle free, in one way or another, from their mother’s love legend.”

By leaving a comment you can enter to win a copy of The Love Legend by Woodward Boyd. Thanks, Rvive Books!

Do you think including fads in fiction writing dates it or makes it more interesting? Do you believe there’s a perfect partner for every person? If you had to describe your personality in one word, what would it be?

Jodi Webb is working on her first novel(ironically, historical fiction)and you can read more on her Words by Webb blog at www.jodiwebb.com
Jodi Webb at 6:41 AM
Share